A surge in new virus infections has forced European nations to place new travel restrictions following a growing number of local coronavirus outbreaks in clusters across the continent.

Airlines across Europe, the U.S., and Asia are on the decline. Airline stock prices are struggling to recover to pre-March levels, with most dropping by 50% to 60% in four months.

The Dow Jones U.S. Airlines Index dropped by 2.95% on July 24, as rattled investors sold off.

Will airline stocks ever recover?

Throughout late May and early June, the fear of missing out (FOMO) on retail stock platforms, like Robinhood, peaked.

Tens of thousands of traders were buying stocks every hour, pushing the entire stock market upwards. 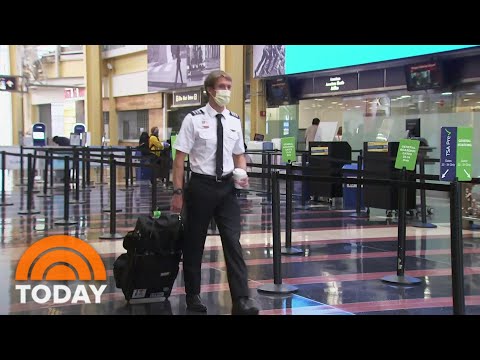 Many traders seemingly bought all types of stocks, regardless of their fundamentals, fueled by surging market sentiment.

Data from Robintrack.net shows that many traders are still underwater in major airline stocks.

For instance, more than 300,000 users on Robinhood currently hold the United Airlines stock. On April 1, there were less than 104,000 users invested in the stock.

There were early signs of trouble for airlines. The biggest risk of airline stocks during a pandemic is the possibility of a second wave of the virus.

When countries reinstate restrictive measures, airlines can no longer operate at a reasonable capacity. For airline companies, which are known to have low-profit margins, uncertainty in travel can cause significant disruptions. And it happened again.

France, Spain, Greece, and the U.K., among many other European nations, have imposed minor travel restrictions on certain regions.

The restrictions come as a surprise for airlines and the travel sector because the summer tourist season is just starting.

Since March, airline companies, hotels, and other travel-related businesses have continuously declined. But, hopes for a better summer season led the stocks of airlines to hold up.

Policymakers seemingly have two different viewpoints about the issue. Additional strict restrictive measures coming off of a 4-month general quarantine period could cause havoc in the travel sector.

But data shows that virus cases are climbing once again, igniting fear of a second wave of the pandemic.

Whether governments would risk seeing another wave of the pandemic to revive the economy remains to be seen. Until there is clarity, strategists expect airline stocks to suffer.

According to Jamie Baker, an analyst at JPMorgan, the output of airlines might take years to recover to 2019 levels.

He wrote in a note:

We are growing increasingly convinced that the industry’s recovery to 2019 levels of output will be a multiyear affair, with traffic levels expected to recover in 2022 at the earliest given recent travel trends.

Many airline companies come off the past five months with a 50% correction and large amounts of debt. Considering the low profitable nature of the airline business, the sector faces a risk of additional decline.