Ripple, the blockchain-based payment network, suffered a setback after Japan’s Resona Bank said it would no longer use MoneyTap, a consumer-centric retail payments app that uses Ripple’s enterprise blockchain technology.

Resona – Japan’s fifth-largest financial institution – did not provide a reason for the abrupt cancellation, which makes it the first Japanese bank to quit the MoneyTap project. It’s unclear if others will follow.

The cancellation takes effect on May 13. Resona made the surprising announcement April 11 on its website, where it said:

“Resona Bank will cancel the cooperation with the money transfer application MoneyTap (which started on October 4, 2018) on May 13, 2019.”

As CCN.com reported in October 2018, a consortium of 61 Japanese banks — which account for over 80% of Japan’s banking assets — had agreed to eventually use MoneyTap.

As of last month, 13 banks had invested in the project as shareholders. With Resona Bank’s withdrawal, that number has dwindled to 12. Interestingly, Resona was one of the first three banks to join the project – which does not use the public XRP cryptocurrency.

MoneyTap is the product of SBI Ripple Asia, a banking alliance that launched in November 2016. The group’s goal was to leverage Ripple’s blockchain technology for domestic bank transfers in Japan.

MoneyTap enables real-time domestic money transfers between bank accounts 24 hours a day, 365 days a year. Payments can be triggered with the use of a simple QR code or the recipient’s phone number through the application, which is available on both iOS and Android platforms.

Ripple has not yet commented on Resona Bank’s withdrawal. And it’s unclear what this means for the remaining Japanese banking heavyweights that are still using MoneyTap.

It is the largest crypto donation ever made to a U.S. university. The funds will be used to promote the research and development of blockchain and to educate students about the innovative potential of the disruptive technology. 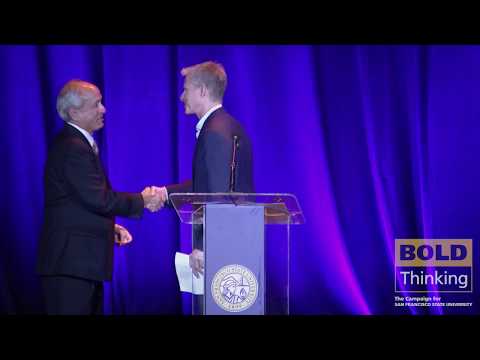 This is not the first time that Ripple has thrown around piles of money to promote blockchain.

As CCN.com reported, Ripple donated $50 million to 17 universities around the world to bolster blockchain adoption.

Ripple announced the partnership — called the University Blockchain Research Initiative — in June 2018. The donations were made in U.S. dollars, not cryptocurrency.

At the time, Ripple said interest in blockchain was skyrocketing as more people discovered the game-changing potential of distributed ledger technology.

“From new business-use cases — such as making cross-border payments faster, lower cost and more transparent — to uses of blockchain for good, students and faculty globally are emerging as major contributors to the creation of a more robust and valuable blockchain and payments ecosystem.”

The global push to make blockchain mainstream is so pervasive that even the sometimes anti-crypto MIT Technology Review says blockchain will become so common in 2019 that it’ll become “boring.”

“In 2017, blockchain technology was a revolution that was supposed to disrupt the global financial system. In 2018, it was a disappointment. In 2019, it will start to become mundane.”

So far, we have yet to see mass mainstream adoption of blockchain, but there has been undeniable progress on that front.