5 Bitcoin Billionaires Headline Hurun Rich List: How They Made Their Crypto Fortunes

Hurun also names blockchain the “fastest-growing new industry” in the world, despite an epic bear market wiping out crypto market value in 2018.

The five blockchain billionaires include individuals from Ripple, Coinbase, Binance, and Bitmain. Let’s see how they amassed their fortunes.

Micree Zhan Ketuan is the co-founder of cryptocurrency mining giant Bitmain. He holds a 36.58 percent stake in the company compared to his co-founder Wu Jihan’s 20.5 percent.

Zhan Ketuan is credited for running the technical aspects of Bitmain while Wu is the public face of the company.

As we move into 2019, we, at Bitmain, have been doing a bit of reflecting on what a year 2018 has been, as well as what we expect this coming year. Read on:https://t.co/BkIIWQuHBh

Bitmain was scheduled to launch its initial public offering (IPO) last year with a company value of $14 billion. Thanks to the prolonged bear market, however, the IPO is now in doubt and the valuation is now likely much lower.

Chris Larsen co-founded Ripple with Jed McCaleb back in 2012. He has a stake of at least 5.2 billion XRP, worth roughly $1.6 billion at the time of writing. (The Hurun Rich List reports a lower value due to its snapshot on January 2019). 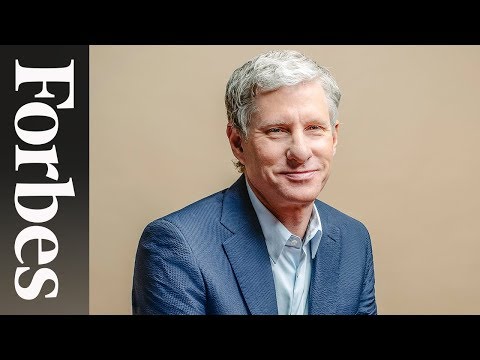 As well as his enormous XRP holdings, he owns a 17% share in Ripple, which was valued at $410 million in 2018. Larsen has since handed over the CEO title to Brad Garlinghouse but remains involved in Ripple’s activities.

As mentioned above, Wu Jihan (or Jihan Wu) is Zhan Ketuan’s partner at Bitmain, with a slightly smaller stake in the company.

Despite Wu Jihan’s large net-worth, his company Bitmain has been under extreme pressure recently. Bitmain reported a $500 million loss in 2018’s third quarter as bitcoin mining profitability turned to zero.

Brian Armstrong is the co-founder at Coinbase – perhaps the best-known cryptocurrency exchange in the US.

The platform recently valued itself at $8 billion after a Series E fundraising round. It now has more than 20 million users. Armstrong instantly became a billionaire after the investment round was completed.

1/ Today is a big day for Bitcoin, as it marks 10 years since the Genesis Block. Some people think I don’t like to talk about Bitcoin (😀), but today I have a few words to say

The story of Binance is legendary in the cryptocurrency world. The crypto exchange came from nowhere in 2017 to quickly become the largest on the planet.

But I also became a billionaire thanks to crypto.

But Zhao “CZ” Chaopeng (or Changpeng Zhao) went “all-in” on bitcoin much earlier than that. He sold his house in 2014 and put all the money into bitcoin. Bitcoin then lost more than half its value before recovering. CZ is a hodler and it paid off.

In 2017, he launched an initial coin offering (ICO) for this exchange Binance. CZ raised $15 million in a matter of weeks. Today, binance coin has a market cap of $1.4 billion.

With the release of the Global Rich List, Hurun names blockchain the “fastest-growing new industry” on the planet. All this despite a prolonged bear market that wiped out $692 billion from the crypto market at its peak.

“Whilst crypto values may have plummeted in the past year, a handful of businesses have started to spring up. Many billionaires from other sectors have now started to invest into blockchain technology.”

There are noticeable former crypto billionaires missing from this list. The Winklevoss twins amassed more than a billion dollar’s worth of bitcoin at the peak of the crypto boom. They have since dropped back with bitcoin’s value. Matt Mellon, an early XRP investor, reportedly held $1 billion in crypto before the bubble burst.

How long will it be before we see the first cryptocurrency trillionaire?