New research by Ernst and Young claims that over 10% of the funds raised in initial coin offerings have been stolen or lost.  The findings come alongside a report detailing what Ernst and Young believe to be the risks of investing in such a sparsely regulated market.

Hackers Phish and Feast on ICOs

In their research, Ernst and Young collaborated with Group is to analyze 372 ICOs in the cryptocurrency space, but the professional service firm did not designate a time frame for their findings.  According to the report, research teams pulled data from “public sources across exchanges, data aggregators, ICO reports, ICO trackers, news sites, blockchain network scanners/platforms, and dedicated blockchain social media.”

They found that, concerning the ICOs in question, roughly $400mln out of $3.7bln in fundraising capital was either lost or stolen.  For stealing funds, hackers most favored phishing attacks, whereby they would trick ICO participants into sending cryptocurrency or fiat to a fraudulent website.  The research shows that hackers made away with as much as $1.5mln a month through phishing alone.

Hackers no doubt saw ICOs as easy boons, as the fundraising model attracted billions of investment dollars last year.  Some ICOs, the report found, saw contributors pouring money in at an average rate of $300,000 per second.  This influx of money had 90% of ICOS in June of 2017 reaching their fundraising goal at the peak of the boom.  This investing frenzy, however, cooled off going into the final months of the year, as only 25% of ICOs reached their goals in the month of November.

In an interview with Reuters, Paul Brody, Ernest and Young’s global innovation leader in blockchain technology, attributes this drop-off to poorly constructed projects that lack in quality:

“We were shocked by the quality of some of the white papers, we see clear coding errors and we see conflicts of interest between the companies issuing tokens and the community of token holders.”

Investors, the firm argues, were often blinded to any red flags, including blatant coding errors in project whitepapers, for fear of missing out on monetary gain.  As such, the service firm believes that irrational token valuations have been driving the ICO boom without any regard for market fundamentals.

Silencing the Ecstacy, a Reminder to be Cautious

It’s important to note that Ernest and Young is not dispelling the ICO as a fundraising model.  Ernest and Young is a financial consulting and advising firm, and as such, the report is meant to raise investment awareness on how to make proper decisions in the cryptocurrency space.

And this advice–and its caveats–are well deserved.  The 10% in stolen ICO funds adds to an ever-increasing toll in hacked assets.  Hackers have long plagued the cryptocurrency community, and as the space looks to build better infrastructure to neutralize attacks, it’s important to remain vigilant as a community to avoid such pitfalls.

It’s also wise to do proper research before investing in an ICO.  Still largely unregulated, the cryptocurrency world is fraught with risks, from unsuccessful projects to outright exit scams and Ponzi schemes.  Thus, it’s best to always remain informed and on guard when choosing where to invest your money, whether it be in cryptocurrencies, ICOs, or otherwise. 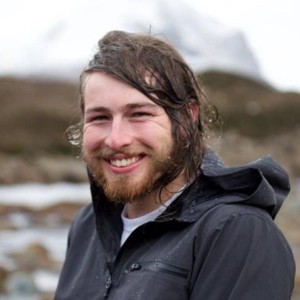 Colin Harper
Colin Harper is a freelance writer and blockchain enthusiast based in Nashville, TN. When he's not writing about cryptocurrencies, you might find him out of his mind at a music festival or taking a trip out west.
Subscribe
0 Comments
Inline Feedbacks
View all comments

Who Are the Boogaloo Bois – and What Do They Want?
3 Comments
← PreviousBitcoin Price Gains 10% as Cryptocurrency Market Continues to Recover
Next →Nvidia Prioritizes Gamers Over Cryptocurrency Miners Amid Card Shortages