Before Conor McGregor came along, the idea of UFC fighters competing in boxing was considered little more than a sideshow diversion.

No matter how good you may be in your chosen sport, crossing over into another seemed like a quick path to embarrassment. But McGregor proved that you could not only cross over and make a lot of money, but you could also walk away from a loss with your reputation intact.

So it should come as no surprise that since McGregor vs. Mayweather, there’s a whole lot of MMA fighters asking UFC President Dana White to let them box… and a lot of boxers asking White to let his MMA fighters box them! But shockingly, not many boxers want to meet MMA fighters on their turf. Until now.

Tyson Fury Wants to Fight in the UFC, and He Sounds Pretty Serious

Some boxers have mentioned stepping into the cage, but wisely drop the talk lest someone take them up on the offer.

Fury has been toying publicly with the idea of an MMA bout as far back as 2011, but something seems to have happened recently that crystallized the idea in his mind. For the past two months, a UFC run has come up in most interviews he’s had, even with a massive rematch against Deontay Wilder lined up for February 2020.

“I’ve got something big coming up after this, even bigger than this,” Fury told Sky Sports as he prepared for his WWE debut at 2019’s Crown Jewel event in Saudi Arabia. “We might see Tyson Fury have his MMA debut this year too. It’s different, but like I say, Tyson Fury taking over!”

At first, few people took him seriously, but the idea gained steam as the weeks went on and Fury kept talking up a UFC bout.

Fury’s management even released a video showing the heavyweight boxer training mixed martial arts with UFC middleweight contender Darren Till. The footage was enough to make Dana White sit up and take notice.

So where does it all stand right now? Fury gave an update on the Alan Brazil Sports Breakfast show.

That mirrors what he said a few days earlier on the True Geordie Podcast.

I’ve got three fights on my boxing contract, when they are up I’m coming for every UFC heavyweight there is.

Happiness Is All About Chasing the Next Challenge 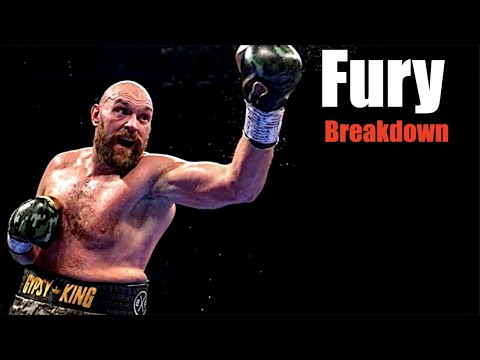 With Fury’s boxing contract with ESPN being worth over $100 million, there’s no chance Fury is going to be compensated as well for cage fighting as he is with the sweet science. And he’d go from being one of the best fighters in his style to an inexperienced rookie.

There’s little chance the UFC would treat Fury with a soft touch either. Even golden goose Brock Lesnar was served a murderer’s row of opponents from Cain Velasquez to Alistair Overeem.

But for Fury, it’s all about challenges and legacy. He’s been very open about his bouts with depression, including a mental breakdown in 2015 that led to him vacating his heavyweight titles and contemplating suicide. According to Tyson, it was accomplishing his life’s goal that sent him into a spiral, as strange as it sounds.

Here’s how he explained it on Mike Tyson’s Hot Box podcast:

I always had a goal of becoming heavyweight champion of the world. It always brought me back out of the darkness to achieve that goal and nothing else mattered. … When they said ‘right, you’re going to fight Klitschko for the world championship’ I was like ‘Hmm. When I win, I’m not going to have a goal anymore.’ So I almost knew going into the fight that I was going to come down. That it was going to be a disaster. 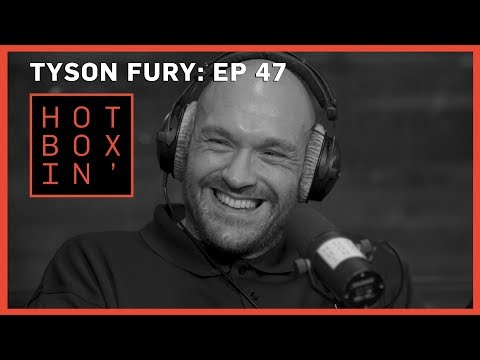 Fury is on the verge of once again conquering the heavyweight boxing division. A win over Deontay Wilder in February would get him the WBC heavyweight title.

And the WBA (Super), IBF, WBO, and IBO heavyweight titles are currently held by one man, Andy Ruiz Jr., making it very possible that Fury could become undisputed heavyweight champion.

But what then? Without a bigger goal to look forward to, something to really tickle his sense of challenge and desire for an epic legacy, what’s the point?

This is why when Tyson Fury talks about his desire to fight in the UFC, we take him at his word. Whether Fury could actually work out a deal with Dana White is still worth questioning, but he’s made it clear that MMA is a part of his new over-arching life goal that’s driving him forward on one of the most amazing comebacks in combat sports history.