Jeffrey Epstein’s closest adviser — who is accused of procuring young girls for him to molest — said she will not testify against Prince Andrew and his role in the so-called “Epstein scandal.”

The question is, why is Maxwell protecting the embattled royal?

Laura Goldman, an investment banker and close friend of Ghislaine Maxwell, says that her friend is looking to cut a plea deal with the United States attorney. Crucially, she revealed Maxwell won’t testify against Prince Andrew.

Goldman also claimed Ghislaine Maxwell was just as much a victim as the young girls that Epstein abused because she was “under his spell.” Goldman added that she never witnessed Maxwell abuse any of the young girls she procured for Epstein.

At one point in their twisted relationship, Ghislaine Maxwell and Jeffrey Epstein were romantically involved.

And while love, certainly, makes you do silly things that you otherwise wouldn’t do, normal people do not include “procuring young girls for their boyfriends to sexually abuse” on that list.

I think she thought that if she did one more grooming, found him one more girl, he would marry her. Is that OK? No. She honestly thought that at the end of the day she was going to be Mrs Jeffrey Epstein.

Are you serious, Ghislaine? 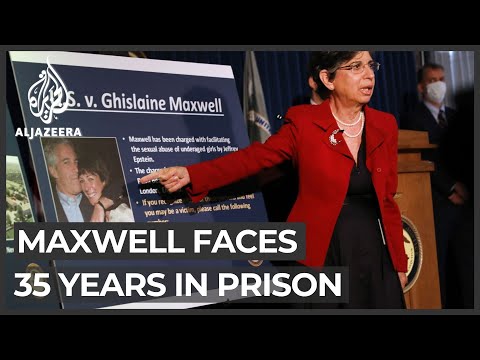 Maxwell’s “defense” of Prince Andrew isn’t tied to a sense of loyalty for his “friendship.” It’s due to her protecting herself and her interests as she pursues a plea deal with the United States government.

Ghislaine Maxwell has a long way to go before she can make any amends. And at this point, she’s unworthy of a plea deal, forgiveness, or redemption.