It’s only a matter of time before the Tesla bubble bursts. Forget its “story”; the hard data all points towards its stock being ridiculously overpriced.

Nothing rational explains the dizzying rise of Tesla stock in recent months. Aside from over-exuberance and widespread desperation for the next big thing, there’s no reasonable justification for TSLA suddenly becoming the world’s most valuable carmaker.

The question is no longer, “Is Tesla stock a bubble?”

It’s “When is the bubble finally going to burst?”

Briefly surging as high as $1,795 during a volatile Monday, Tesla shares have rallied nearly 300% in 2020. General Motors and Toyota stock are down 33% and 11%, respectively.

Are investors idiots? The available evidence points to a clear “Yes.”

There is nothing fundamental from a financial perspective to justify Tesla’s stock price. It is a minor, albeit sexy, manufacturer of electric vehicles. And somehow it is the world’s most valuable car company.

Even Amazon – which is swallowing much of the global economy – has a P/E ratio of “only” 152.85. Why are people paying so much for such modest earnings?

The Cult of Elon Musk

Two words: Elon Musk. The Tesla founder isn’t just the face of the company. He is the company. He’s outspoken, brash, and a supposed visionary. He attracts investors.

As a February Global Bubble Status Report from the Financial Crisis Observatory made clear, Musk has packaged the carmaker in a “fancy storyline.”

As the dragonhead of the Electrical Automobile companies, Tesla has persuaded many people that it is a new “Apple” of the coming decade and all other petrol-fuel mechanical car companies are just like “Nokia”.

Tesla is a self-contained dotcom bubble. It has artfully generated FOMO on a large scale. Based on an association with high technology and a nicely curated image of the “future,” it has created its own stock mania.

There’s little doubt that this mania will end sooner or later. Tesla remains a compelling company, but its core figures don’t justify sky-high prices. Even Musk himself has warned that the fundamental laws of finance will make themselves known. 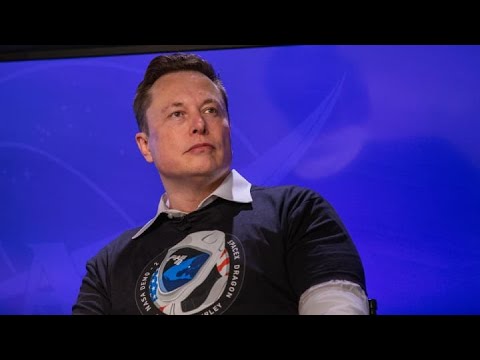 While the efficient market hypothesis dictates that the Tesla stock bubble simply has to burst, it may still persist for several months.

Why? Because the global economy is going through a strange period right now.

The real economy is stagnating – at best. The Federal Reserve is pumping money into markets, but with few fundamentally-sound investment prospects, investors are gambling on moonshots.

It’s no accident that Tesla has become the world’s most valuable car company during a global pandemic.

The present for carmakers looks grim, so investors can only daydream about the future. Once that future finally arrives, speculators will see their Tesla stock investment for what it was all along. A mistake.