Home Opinion This Is How Oil Prices Can Crash Below $0 (Yes, Really)

This Is How Oil Prices Can Crash Below $0 (Yes, Really)

The oil industry is on the brink of catastrophe as fear of a U.S  recession sends oil prices to their lowest level since 2002. West Texas Intermediate crude (WTI) collapsed by a staggering 19.2% to the $22 handle while Brent Crude and Mexican Basket are down 9.7% and 22.4%, respectively.

The OPEC Basket, which includes Saudi Arabia and Russia, is remarkably stable at $30.36 a barrel. But prices may soon crater as supply outstrips demand all over the world.

The falling oil prices could eventually go below zero as oil supply outstrips global storage capacity. Negative oil prices will lead to a spate of bankruptcies in the oil and gas sector and — if it lasts long enough — entire countries could see their economies collapse. 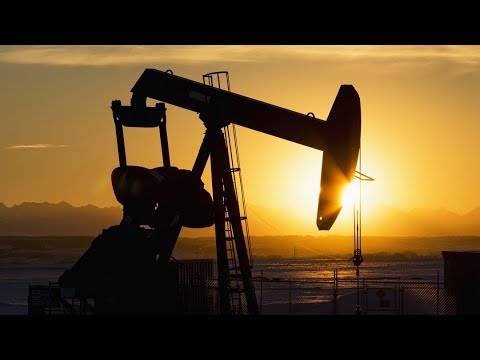 Last week, Saudi Arabia and the U.A.E launched a program to boost production capacity in a bid to flood the market with oil. The goal is to gain more market share and bankrupt U.S. shale producers who have been taking a free ride off OPEC’s efforts to keep oil prices low.

This move comes after Russia refused to agree to production cuts to support prices.

Saudi Arabia could not have chosen a more painful time to launch a price war within OPEC. The coronavirus pandemic had already suppressed demand for oil and gas in China, and recession fears threaten to do the same in the United States and Europe.

One Wall Street analyst believes these factors could send oil prices below zero, and the results would be devastating for both American shale producers and OPEC nations that rely on a high oil price to balance their budgets and stabilize their currencies.

According to Paul Sankey, managing director of Mizuho Securities, oil prices can go negative due to the coronavirus pandemic.

He argues that global oil demand is only around 100 million barrels per day, but the economic fallout from the coronavirus pandemic could crash demand by up to 20%. This would create a 20 million barrel-per-day surplus of oil in the market that would rapidly exceed storage capacity, forcing oil producers to pay customers to buy the commodity.

The physical reality of the market is that oil is pumped out of the ground and has to be consumed or stored. When the cost of storage goes high enough — or space runs out — companies might pay customers to take it.

The Trump administration is taking advantage of the low oil prices to fill up its strategic reserves in Louisiana and Texas while supporting American shale producers in this tough time. The American government plans to purchase a total of 77 million barrels of oil starting within weeks. But according to Sankey, this can only be done at a rate of 2 million per day.

The Mizuho analyst argues that the U.S strategic reserve only has four months until it hits capacity. And he believes oil prices will go negative after it fills up.

This is what he predicts for the future:

High-cost oil from the Bakken shale formation in the U.S. or bitumen from the Canadian oil sands, prices negatively because it exceeds needs and requires storage. Negative prices are simply a higher cost of storage than the market (price).

Who Benefits from Negative Oil Prices? 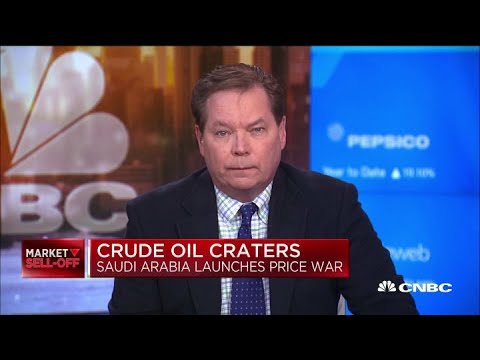 The American shale industry is the clear loser in the oil price war. But who is the winner? Both Saudi Arabia and Russia will see their foreign reserves rapidly deplete. And Russia could face a currency crisis much like the one it experienced in 2014.

According to PBS, Russia needs an oil price of around $40 to balance its budget while Saudi Arabia needs a price of over $80 a barrel. But they both have massive foreign reserves to help weather the storm.

Weaker OPEC countries like Iraq, Iran, Venezuela and Nigeria could see their economies collapse if oil prices remain suppressed over the long term.

As a writer with over five years of financial experience, William Ebbs has earned millions of page views with his hard-hitting, opinionated work. When Will isn't writing, he enjoys strategy gaming, world travel, and researching for his next article. William Ebbs is based in the United States of America. Muck Rack | Email me | Follow Me on Twitter |Link up with me on LinkedIn

Here’s Why Exxon Should Slash Its Giant Dividend