Another WWE legend has died.

Pat Patterson, the first-ever Intercontinental Champion, died on December 2, 2020, of cancer in Miami, Florida, at the age of 79.

Once called Vince McMahon’s “right-hand man,” and the architect of many of the things we see today in the WWE, Patterson helped change the way the company does business — and the way it depicted many marginalized groups. However, as far as the company came, it still has a long way to go.

The WWE Owes A Lot To Pat Patterson

The WWE was a fledgling company — certainly not the juggernaut it is today — when Pat Patterson pitched the idea of the Royal Rumble. As he explained in his autobiography (via TMZ):

The first Royal Rumble was on January 24, 1988, in Hamilton, Ontario. The difference between WWE’s Royal Rumble and a traditional over-the-top rope battle royal is that the participants come into the match at two-minute intervals — not all at the same time at the beginning of the match. I wanted to create something special.

And special, it certainly was.

While Patterson (born Pierre Clermont) made clear that he was openly gay, he didn’t officially come out until 2014, in an episode of “Legends House” that you can see in the video below. 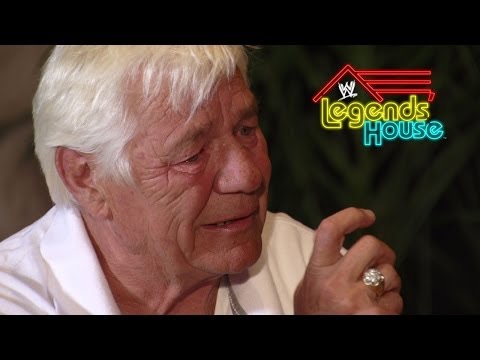 Though 2014 marked the “official” coming-out of Patterson, Jim Ross — a longtime WWE commentator — made jokes about Patterson’s sexuality all the way back in the 1970s. Granted, it was “a different time,” but many credit Pat Patterson with helping to shift the focus away from his sexuality (especially when used as the butt of a joke) and towards his accomplishments.

The Company Still Has A Long Way To Go

These days, no one in WWE would even dream of making fun of a wrestler’s sexuality. As right-leaning as Vince McMahon seems to be, even he realizes that crossing that threshold would go a step too far. (A small miracle.)

But that doesn’t mean that the company can be considered “progressive” in their depiction of “others.”

From Koko B. Ware to Jinder Mahal, from The Iron Sheik to Kai En Tai, the WWE isn’t exactly progressive in its depiction of cultures that aren’t “all-American.” And lest you think that this is a remnant of a less-enlightened time, let’s recall that Cryme Tyme was a tag-team of Black wrestlers that were “thugs”…and they remained part of the lineup until May of 2020.

So while they may have come a long way thanks to Pat Patterson and the like, they certainly have a long way to go.