Ripple is under serious threat as IBM joins forces with major banks to issue cryptocurrencies. In a Bloomberg report, IBM revealed it was in talks with two “major US banks” to issue a cryptocurrency for internal and remittance payments.

The IBM initiative, which is powered by Stellar’s blockchain, is a huge threat to Ripple. Ripple has always positioned itself and its associated cryptocurrency XRP as the future standard for banking remittance payments.

If banks create their own blockchain solutions for instant payments, is Ripple obsolete?

It's official: IBM is open for business in payments with World Wire in 72 countries and 47 currencies. Support for stable coins and cryptos. Come see my keynote with @JedMcCaleb @Money2020 in Singapore this morning https://t.co/8XD3mgOhqN https://t.co/PMyc1X9KIH #IBMBlockchain pic.twitter.com/NMIgfZunuQ

IBM’s head of blockchain Jesse Lund said the interest was sparked by JP Morgan’s controversial stable coin, JPM Coin. The two “major banks” in question have not been revealed.

JP Morgan sent shockwaves through the crypto community when it launched its own cryptocurrency, JPM Coin in February. JPM Coin is a stablecoin, pegged to the value of a dollar. It will be used to instantly settle transactions in the bank’s payment network, reduce transfer times, and ultimately reduce friction in international transfers.

Someone Please Let Jamie Dimon Know That His New Cryptocurrency is a Fraud https://t.co/WbgRQSak63

After the announcement, other major banks in the US jumped on the bandwagon. Jesse Lund explained:

“We have received interest on the heels of JPM Coin… [The two major banks] “reached out to us after that announcement.”

Whether good or bad, JP Morgan has kicked off a new movement in blockchain: bank-issued digital currencies.

Six Other Global Banks Will Issue Cryptos Through IBM

Also on Monday, IBM revealed that six global banks had signed a letter of intent to use its blockchain network. The six banks will issue stablecoins tied to their local fiat currency.

Among the names are Brazil’s Banco Bradesco, South Korea’s Bank Busan, and RCBC in the Philippines. A further unnamed bank will issue a stable coin pegged to the euro.

“RCBC is pleased to be an early innovator with plans to issue our own Peso stable coin on [IBM’s] World Wire, pending final approval from our regulators.”

Why did none of these banks go to Ripple? Ripple’s sole purpose is to facilitate frictionless remittance payments and settle bank transfers instantly using the XRP token.

Ripple has run tests with hundreds of banks and its blockchain technology is ready-to-go. So why are “major US banks” ignoring Ripple and creating their own cryptocurrencies instead?

Ripple already knows the answer. Convincing banks to trust a cryptocurrency out of their control is a mammoth challenge. Ripple calls it the “800-pound gorilla.” Banks aren’t ready to relinquish control. It explains why only a tiny handful of payment providers are using XRP to settle payments. 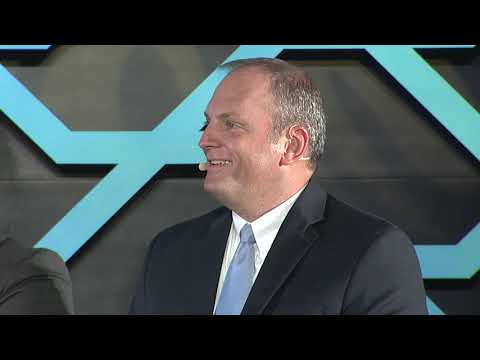 Ripple has hit back at bank-issued cryptocurrencies like JPM Coin. As CCN.com reported, Ripple CEO Brad Garlinghouse said “I don’t understand what problem that solves… Just use the dollar.”

As predicted, banks are changing their tune on crypto. But this JPM project misses the point – introducing a closed network today is like launching AOL after Netscape’s IPO. 2 years later, and bank coins still aren’t the answer https://t.co/39EAiSJwAz https://t.co/e7t7iz7h21

While IBM grabs the headlines, don’t overlook Stellar’s role in this new movement. IBM’s Blockchain World Wire network runs on Stellar and will even use Stellar’s lumens to settle some transactions. Explaining the choice to use Stellar, Lund explains:

“Personally, I think cryptocurrencies could very well serve as a viable settlement instrument. We’ve started with Lumens, which is the native asset of the Stellar network, but we already have the capacity to introduce other cryptocurrencies that could include Bitcoin or Ether.”