The novel coronavirus outbreak is proving to be a blessing for the U.S. firearm industry. As the number of U.S. cases approaches the 500,000 mark, gun and ammunition sales are booming. That’s why it’s supremely ironic that the National Rifle Association (NRA) appears to be dying.

Americans are stocking up on guns and ammunition 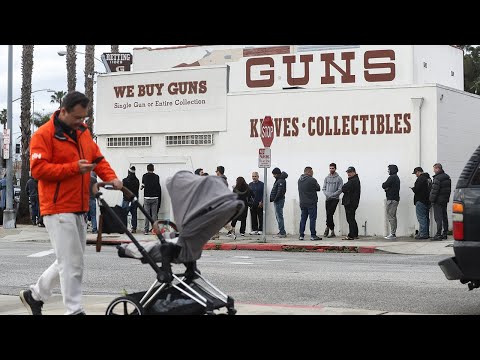 The most recent statistics on background checks conducted on potential firearm buyers by the FBI’s National Instant Criminal Background Check System (NICS) bear this out.

In March, the NICS registered the highest number of firearm background checks since 1998.

Ammunition sales are spiking significantly too. Ammo.com recorded a 574% increase in transactions – and a 792% rise in revenue – between February 23rd and March 31st compared to the same period in 2019.

According to the NRA, surges in gun and ammunition sales often occur when Americans feel threatened. Sales rose dramatically after the 9/11 terrorist attacks and the Hurricane Katrina devastation in 2005.

The NRA itself suggested last month that there is fear that safety and security will increasingly become the individual’s responsibility at some point as the coronavirus ravages the U.S.

We’re seeing it now because Americans know that, during times like these, first-responder resources may be limited and their safety is ultimately in their own hands.

Ironically, the coronavirus pandemic is having the opposite effect on the fortunes of the powerful gun rights advocacy group.

The social-distancing measures introduced to curb infections have left the NRA with limited fundraising opportunities.

The organization, whose finances have been worsening over the years, suddenly faces a brutal cash crunch. Just this week, Politico reported that the NRA has laid off over 60 employees.

The cost-cutting exercise comes after the NRA was forced to cancel various income-generating events, including its annual meeting and convention in Nashville, which had been slated for April.

How gun stocks are faring

Perhaps the NRA should hit up the firearm industry for a bailout. The massive spike in gun and ammunition sales has had a comparable effect on gun stock valuations.

While the overall U.S. stock market remains in a fairly steep hole, that’s not true of publicly-traded gun manufacturers.

Sturm Ruger & Company has gained more than 10% since the year started, while Vista Outdoor is up just under 20%.