The Danger of Centralization That [Still] Exists in the Blockchain Ecosystem

The indirect centralization of blockchain solutions is a developing trend within that must be dealt with before it overtakes the entire blockchain ecosystem. This development appears like a terrible weed that is threatening the stems of a tender vegetation that holds a lot of promise.
New, centralized additions to blockchain technology have the potential to impede mainstream adoption. This includes centralized web API’s providing blockchain access, centralized exchanges, and decentralized applications with central points of failure.

Middlemen should be Eliminated

When you consider the calamity that centralized solutions have brought the blockchain ecosystem (think Mt. Gox, Bitfinex, etc.), you can easily see the dire need for blockchain to stay decentralized. Adding centralized pieces to the equation is a slippery slope which threatens blockchain at large.

To understand why centralization is such a large threat, we first need to take a deeper dive into the decentralized nature of blockchain technology. And before we do that, we need to understand the difference between blockchain based cryptocurrencies and traditional money.
In his Lecture at Melbourne Tech Center, Andreas Antonopoulos said:

“For every problem in finance, there is a simple and easy solution, and that solution is wrong and it’s centralized.”

Money used to be tied to the gold standard. This meant you could exchange bank notes for gold. The US dollar used to read: “Redeemable in gold on demand at the United States Treasury, or in gold or lawful money at any federal reserve bank.”

In 1971, Nixon terminated the dollar’s redeemability in gold. This marked the end of the US dollar’s gold standard. Now the dollar reads: ”This note is legal tender for all debts, public and private”

The dollar was no longer a ticket that can be exchanged for gold. It became an “IOU” from the government. Money is no longer backed by gold but government bonds. You can see countries all over the world now employing this same model.

Money is no longer backed by something real. It’s fiat. It’s an arbitrary assigner of value we use based off of the trust we have for each other and our government.

Money on your ATM screen isn’t really digital cash. It’s just numbers on a screen connected to a bank’s database of debt and assets. These numbers are arbitrated by centralized banks. They update your account balance in their systems when you withdraw or deposit cash. Cash isn’t moved around every time you use your debit card, that would be far too tedious. Instead, banks just hold on to large amounts of value and arbitrate values inside their databases.

Decentralizing that same burden of arbitration is the way to create a truly digital currency that is self-enforcing and doesn’t require a 3rd party arbiter to be involved.

Replacing centralized powers like banks with a decentralized peer-2-peer economy was one of the original goals for blockchain technology. Let’s examine this in more detail.

A blockchain is a ledger that records how much value is stored in different accounts. Everytime Bob sends Alice money, the value in the database for Bob’s account is reduced, while Alice’s is increased.

Centralized banks have similar databases, but the difference is who is regulating and verifying all the values and transactions in their respective databases.

With banks, it’s the bank itself that acts as a trusted middleman. Bob can’t spend more money than he has because the bank is watching and enforcing his account. The number on his ATM screen, is the number in the bank’s database associated with his account.

With blockchain, the whole database is shared with every user. Every connected computer (or node) to the network runs the same database, verifies, and regulates all transactions on the blockchain. Bob can’t spend more than he has because everyone else on the blockchain network is watching and enforcing the rules. Every user on the blockchain can see how much money is in every account, and the details of every transaction. However, through cryptography, these accounts remain anonymous.

A combination of cryptography and “sharing the burden” allows for a decentralized medium (blockchain) to enforce the transfer of value. Bitcoin, for example, is really just a list that says Bob has 5 coins and Alice has 10 coins. When Bob sends a coin to Alice, the list gets updated. Now Bob has 4 coins and Alice has 11.

Cryptographic keys ensure that ONLY Bob’s private key will allow him to access his account and send money to someone. This cryptographic key replaces accounts within a centralized bank. With the centralized model, you store all your private information at a bank and then verify your identity with your social security number, password, and/or ID. On the blockchain, all you need is your private key to create a cryptographically secure account. This also provides some anonymity, as your account isn’t associated with your name on the blockchain but instead, it’s associated with a public cryptographic key.

Value on the Blockchain

So then, what incentivizes people to update this blockchain ledger and remain honest?

So, you might wonder, is blockchain technology just a way to replace traditional money?

You’ve also probably heard of Ethereum. Ethereum greatly increased the use cases for blockchain technology. Ethereum allows you to add more than just a digital currency to the blockchain.”Tokens” can be anything as long as it can be programmatically described. This is because ethereum is equipped with a turing complete programming language. This allows any complicated piece of value (think property, identity, or debt) to be turned into a token.

You can create a token that holds all the necessary information for a piece of property and create a digital deed. Any piece of value that can be digitally encoded, can be tokenized and created as a digital asset on the blockchain. This can even include your identity.

Bob can program 5 coins to leave his account and go to Alice’s the instant Alice electronically signs an agreement. Bob can also program money to sit in escrow until certain conditions have been satisfied.

All of these transactions are enforced by your peers. This allows a decentralized network of computers to take the place of most middlemen.

The Failures of Centralization

Cryptocurrencies are useful because they are decentralized and trustless. When you rely on a 3rd party to give you blockchain access, like a web API, or rely on a centralized exchange, you have added a centralized layer that requires you to trust someone else. Any DAPP that has a single point of failure is no longer a decentralized application.

We need decentralized exchanges. This is what happened with Mt. Gox. Bitcoin was introduced as the first decentralized currency. It sparked wonder into the eyes of people across the world. Thanks to the underlying blockchain technology, we now have the ability to decentralize almost everything.

The problem was that Mt. Gox tried to recentralize bitcoin. They actually centralized control over the keys for accounts on the exchange. When all the control over money resides with one individual or entity, things don’t usually work out well. Mt. Gox handled 70% of bitcoin transactions worldwide at one point. That is way too much centralization involved with what is supposed to be a decentralized currency.

So what happened? They lost well over 400 million dollars worth of Bitcoin.

Why did it happen? Because they centralized all the keys.

Projects like Stellar and Waves go a long way to represent the values of decentralization that the ecosystem requires. They are promising projects that offer a decentralized option. When it comes to blockchain we will always have a centralized solution. It may be easier, but for the sake of the technology at large we need to start adopting more decentralized options.

Acclaimed blockchain solutions where individual entities control over 50% of the nodes automatically betray the essence of the technology. Therefore, the numerous companies within the ecosystem that display such models are the cause for the existing worry over centralization.

Centralized web API’s are basically setting up nodes on behalf of end users. Users of web API’s have to completely rely on a centralized and trusted third party. This sets you up for all the vulnerabilities that Mt. Gox did. Mt. Gox is just one example. We’ve seen centralized failures in Bitfinex and even Wells Fargo. The most recent devastating example of centralized failure is the Equifax hack that put millions of Americans at risk.

Decentralization is really the secret weapon of blockchain technology. Evan Van Ness sums all of this up in one coherent thought:

“Centralization is power. And power corrupts.”

Making Is Impossible to Fail

When you add a centralized layer, you bring along all the problems that blockchain looks to remove. You now create a central point of failure. This single point failure allows theft of assets.

Blockchain allows for it to be statistically impossible to game the system. We need to keep this. Centralized entities have done great things so far, but if we want to keep the value of blockchain tech, things must remain decentralized. Projects must remain decentralized enough that there is no room for an individual to have the ability to easily game the system grossly in their favor.

Centralization opens up the ability for many things. This includes counterfeits, authorities who can change the rules as they see fit, account freezes, security vulnerabilities, and it even allows for devastating human error. The community as a whole needs to opt for the decentralized solution.

If we can make malice statistically impossible, then why wouldn’t we? Why would we allow for potential edge cases that allow for theft of assets?

For the sake of blockchain technology, don’t settle for centralized options. When given the choice option, always defer to the decentralized model. 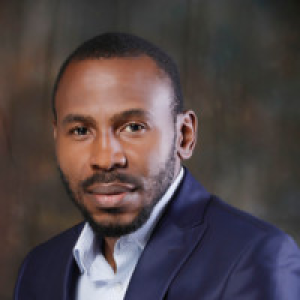 James Corden Is About To Get The ‘Cancel Ellen DeGeneres’ Treatment
October 29, 2020 109 Comments

Even Elon Musk’s Biggest Critic Has Given up Shorting Tesla
July 16, 2020 No Comments

As Stocks Soar, One Metric Shows 60 Mega-Bankruptcies this Year
July 15, 2020 No Comments

This Dow Stock Is a Raging Buy Despite ‘Horror Movie’ Reopening: Analyst
July 13, 2020 No Comments
Follow Us