The COVID-19 pandemic is hurting many spheres of the economy. To slow the spread of the virus, the government told people to stay at home. Tons of businesses had to shut down. This was a good decision from a health standpoint, but not from an economic one.

Millions of people have lost their job. About 3.8 million people filed for unemployment benefits last week, bringing the total to 30.3 million since mid-March. It’s the worst contraction in U.S. employment since the Great Recession.

Personal income fell 2% in March. As a result, Americans spend far less than they used to. The U.S. personal consumption expenditures (PCE) plunged by a record of 7.5% in March, while it was up by 0.2% in February. The PCE index is the value of goods and services purchased by or on behalf of U.S. residents.

We’ll likely see another sharp drop in consumer spending and a spike in savings in April before a gradual recovery begs in May as states start reopening.

A high level of savings is bad for the economy because when consumers save more, they spend less. Consumer spending is what fuels the U.S. economy as it accounts for about two-thirds of GDP.

People might be spending less because many businesses, like restaurants and movie theaters, are closed. When those businesses reopen, spending should increase.

At least households have the means to boost consumption a little when the lockdown eases.

But will consumers boost consumption to the level it was before the coronavirus? It’s highly doubtful. Even when the economy reopens, Americans will likely be hesitant to go back to restaurants and other public spaces. People who lost their job might not get it back or have trouble finding a new one.

The country could face a second wave of coronavirus, which would mandate another lockdown. The economy will probably take a long time to recover. A treatment would accelerate the recovery, but it could take a while before it’s available. Because of all those uncertainties, Americans are hoarding cash and will likely do so for a while. Saving more looks like a prudent thing to do.

Americans are also spending differently as the lockdown has forced many to change their habits. They spend less on luxury items like cars and phones and more on essential goods like food. They also shop more online since many stores are closed. These shopping habits might last post-coronavirus. 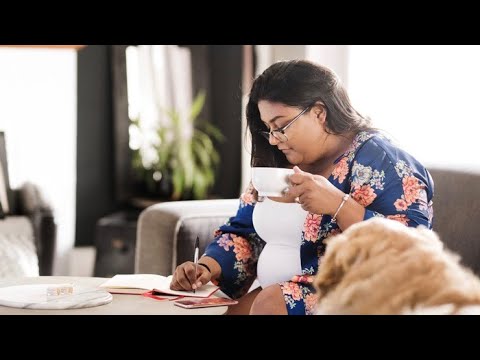 According to Mark Hamrick, senior economic analyst at Bankrate, if younger generations become more risk-averse because of the pandemic, it could be economically damaging:

One thing we saw from the financial crisis was people — particularly young people — tending to be under-invested in the stock market with their retirement savings, because they essentially didn’t trust the market.

Having a cushion of savings is essential to face emergencies. But if Americans continue to save more and spend less, it will be harmful to the economy. A balance needs to be found between saving and spending.