Virgin Galactic’s (NYSE: SPCE) rocket ship rally may be nearing its end, according to analysts from Morgan Stanley.

The space exploration startup has seen its share price rise for nine consecutive trading sessions despite no fundamental catalyst in the business. And Morgan Stanley, which had a bullish price target for the stock, believes this would be a good time for management to issue more shares.

Virgin Galactic has a market cap of over $7 billion despite generating virtually no revenue and having significant operating losses. Morgan Stanley’s warning seems to have cooled investor sentiment on the high-flying stock.

New money should be cautious about getting in at these prices.

Morgan Stanley was an Early Bull on Virgin Galactic

Morgan Stanley may have started Virgin Galactic’s rocket ship rally with a bullish thesis published in December. The investment house initiated an overweight rating with a price target of $22. At that time, the stock was trading at less than $8.00 per share.

He stated the following:

We believe the addressable market for space tourism, while niche, is supported by a range of industries (e.g., yacht charters and luxury cars).

He went on to elaborate:

While some investors have described high-speed hypersonic P2P air travel opportunity as ‘the icing on the cake’, we see Hypersonic as both the cake and the icing, with Space Tourism as the oven.

What is Hypersonic P2P Travel? 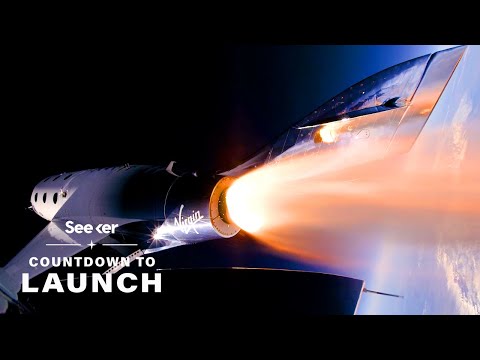 Morgan Stanley estimates that the market for hypersonic P2P travel could be worth $800 billion in annual sales by 2040.

Jonas values Virgin Galactic’s hypersonic opportunity at $12 per share and the space tourism business at $10 for a total of $22 per share. With the stock soaring above $40, Morgan Stanley believes the market may be too optimistic.

Morgan Stanley seems to be pulling the plug on Virgin Galactic in the short-term. Their bearish remarks will likely keep the stock suppressed in the coming weeks.

The investment house may also be giving management some investor-unfriendly ideas about how to raise capital. Jonas now states the following:

A modest correction is overdue, and frankly, healthy, in our opinion. Even Spaceships Must Return to Earth. The stock is trading 70% above our $22 price target

He goes on to suggest the company should dilute shareholders, even though it doesn’t need the capital.

While the company has sufficient levels of liquidity to meet the needs of launching its commercial service, investors may nonetheless ask, or even encourage, management to consider adding to the coffers, given unpredictable market conditions. 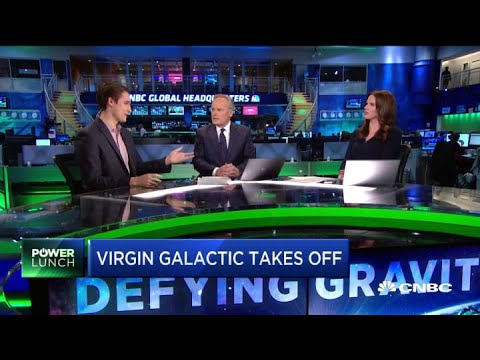 Morgan Stanley’s coverage could hurt SPCE stock going forward. Shares are trading significantly above the analyst’s price target, and the investment house is calling for a dilutive capital raise. These are worrying signs for investors.

A capital raise would set a dangerous precedent for early shareholders who don’t want to see their positions get diluted by a wave of additional shares. Morgan Stanley’s Virgin Galactic coverage has become a bearish factor going forward, and new money should be cautious about investing in the space exploration startup at this price.