John McAfee has always been the clown of crypto. His latest tweet about Bitcoin just proves it. | Source: John McAfee/YouTube

John McAfee is one of the crypto industry’s biggest clowns. Yes, he may have founded the eponymous McAfee – one of the world’s largest cybersecurity firms – in 1987. These days, he’s best known for predicting that Bitcoin would reach $1 million by the end of this year.

Well, his career has taken yet another “unpredictable” turn. On Sunday, he claimed in a tweet that his $1 million Bitcoin price prediction was a “ruse” intended to gain publicity.

Not only that, but he torched the cryptocurrency as “ancient technology,” implying that it would be usurped by younger upstarts. He now seems to be predicting a Bitcoin price closer to $0 than to $1 million.

A Clownish End to a Ridiculous Bitcoin Price Bet 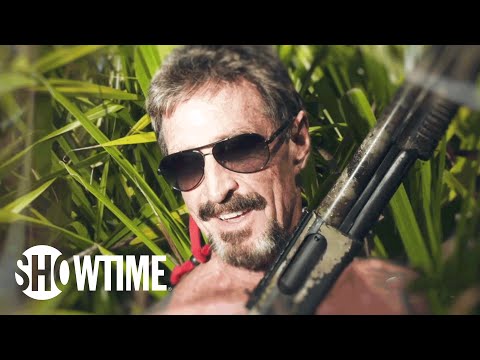 These comments are little more than the latest piece of nonsense in a long history of nonsense.

Throughout his time as a cryptocurrency champion, McAfee has said and done many, many bizarre things. He selected Cuba as his presidential campaign headquarters, posted his Social Security Number on Twitter, and even suggested that Congress is run by aliens.

He’s no stranger to grabbing headlines by being outrageous, controversial, and just plain stupid. As he admits in his latest tweet, this is how he onboards “new users.”

As such, why should we believe that his remarks rubbishing Bitcoin are anything more than another wild-eyed grab for headlines and followers? If his $1 million prediction was a ruse, then this could easily be a ruse as well.

All the Reasons He’s Wrong About Bitcoin

But let’s assume it’s not. That still doesn’t make John McAfee and his latest statement any less ridiculous.

First of all, Bitcoin is hardly ancient technology, as he suggests. Ten years may be a relatively long time in the tech world, but Bitcoin has seen a series of upgrades since its birth. These include Segregated Witness (SegWit) and the Lightning Network, as well as the countless new versions of the Bitcoin Core software.

Excluding Ethereum, Bitcoin boasts the highest number of active monthly developers of all cryptos, at 314. And as even McAfee must surely know, active developers don’t simply watch over static, ancient technology.

So yes, Bitcoin is an evolving entity. Arguably, its relative conservatism has given it a level of stability and robustness lacked by many altcoins. Most importantly, its market dominance will help ensure Bitcoin continues to evolve technologically, while less valuable coins may start to flag over time.

A Conflict of Interest?

So even if McAfee’s latest remarks are genuine, they’re nonetheless easily dismissed.

In fact, this isn’t the first time McAfee has bad-mouthed Bitcoin. Back in May, he criticized the cryptocurrency (and Ethereum) and seemed to come out in favor of Dogecoin, simply because “Bitcoin” and “Ethereum” are words with more than one syllable.

Then, during an August slump, he went back to urging his followers not to lose faith in Bitcoin.

McAfee also has a glaring conflict of interest. His long history of accepting cash to pump altcoins gives him a financial incentive to bash Bitcoin.

So make what you will of John McAfee’s latest comments. But if one thing is clear, it’s that he’s a clown whose pronouncements should be taken with a large grain of salt.