By CCN.com: John McAfee is famous for predicting that the bitcoin price will hit $1,000,000 at some point or he’ll eat his own appendage. What you might not know is that he dislikes Ethereum and doesn’t even care that much for BTC, either. Yes, the reason is as silly as you might have hoped. Meanwhile, similar to Tesla CEO Elon Musk, McAfee has a soft spot for meme-fueled cryptocurrency Dogecoin.

Folks asking my opinion of Ethereum:

Well . . .. Frankly, I prefer one syllable coins and am not fond of Ethereum's spelling. Additionally, many of my friends who hold Ethereum dress oddly. And, of course, Buterin looks underfed to me. But do not take this as investment advice.

He’s got a point. Ethereum is a mouthful. His methodology also brings bitcoin into his crosshairs, and it turns out despite his bullish attitude for the price, McAfee has always been a Doge man.

Did I say I liked it? Merely predicting its rise. The name itself connotes "Tiny Coin". My friends own hearty sounding coins, or adorable coins like "Doge". I could cop out of course and say "BTC" but then that's three syllables and would demonstrate my ignorance.

If we analyze this extremely complex methodology, certain truths arise. Buterin is certainly a slender man and as it turns out on occasion fits the profile of dressing oddly.

Aha!!!! Mimicking the God of Ethereum. That explains it.

I’m not sure we need much more proof than that photo to understand John McAfee’s concerns. It is refreshing to see the tech provocateur giving us some meaningful insight like this. After the Satoshi Nakamoto storyline fizzled out, things had been a little dull on planet McAfee.

Despite John’s concerns, the price of Ethereum has been going wild. Currently trading around $265, ETH/USD has been riding on bitcoin’s coattails to significant effect. News that a little more than 350 individuals control 1/3 of the supply of ETH has done little to dissuade investors from piling into BTC’s more volatile offspring. There are evidently plenty of strangely dressed individuals to keep the price well supported.

We can only speculate on which “hearty sounding coins” McAfee’s friends use. Certainly, Nano is out. Nothing about Litecoin sounds meaty. Anything with “bit” in it fails the test, so the bitcoin spinoffs are gone. Digibyte sounds microscopic. Meticulous research brings us to No. 19 on CoinMarketCap, as it is evident that John McAfee must be talking about Cosmos. What could be heartier than a name meaning “the universe seen as a well-ordered whole”? But alas, on closer inspection, Cosmos’ symbol is the sub-microscopic ATOM.

If anyone can compile a list of the meatiest coin names, it could be a great investment aid. Unfortunately, unless McAfee helps us out all we can do is “hodl” Doge and hope for another tip. Can you imagine how much John must like Fat Doge? 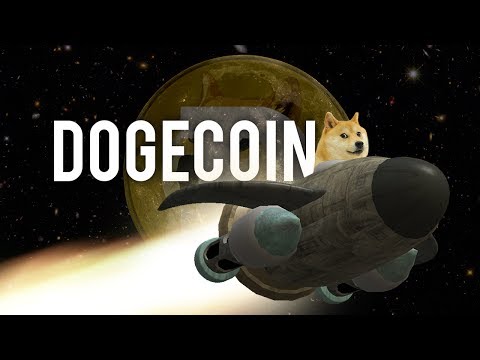