Former New York Knicks star Jeremy Lin had a public meltdown recently. He revealed that he feels he’s at “rock bottom” but just keeps sinking lower and lower as the NBA has seemingly “given up” on him at age 30. That’s despite him earning many millions, winning an NBA championship, and becoming Harvard’s most famous athlete.

It’s quite the turn of events for Jeremy Lin, who was once known for sleeping on his brother’s couch while pursuing his pro basketball dream. What happened?

Linsanity was the global craze that occurred when Lin, a most unlikely hero, propelled the consistently terrible New York Knicks to a shocking 2012 NBA playoffs appearance. For about a month in early 2012, Jeremy Lin was the talk of the NBA. He led the Knicks to an improbable turnaround, arguably saving their season. 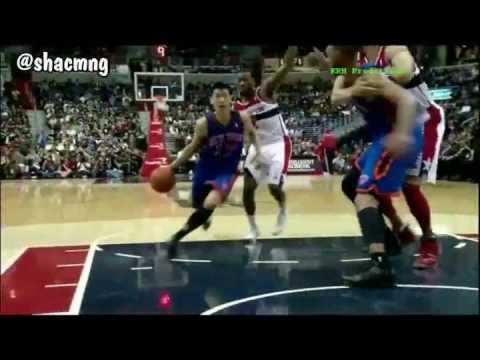 However, he injured himself, and the Knicks went on to lose in the playoffs. He became a free agent that off-season and the Knicks elected to let him walk. Rumors suggest that Knicks star Carmelo Anthony didn’t want Lin around, and so the Knicks failed to match a higher contract offer for the point guard.

The Houston Rockets gave Lin a healthy salary with his new contract, but Lin struggled during his years in Houston. The Rockets demoted him from the starting lineup for the 2013-14 season, and he became league journeyman bench player from then on.

Despite that, Lin managed to cash in big. He’s earned more than $65 million in career cash salary. And nearly all of that came after his breakthrough month in New York. The Knicks only paid Lin $762,195 for that whole season, yet Lin earned a subsequent $64 million off of the strength of that magical month.

Social media has been quick to take issue with Lin’s description of his situation as rock bottom:

Jeremy Lin made 65 million dollars for 2 good weeks of basketball, became a cultural icon, has a Harvard degree, and he’s SOBBING because he might have to retire from basketball a few years earlier than other NBA players. I dont think we are using the term “rock bottom” correctly

And to be fair, we don’t know how much of that money Lin saved. Famous athletes do go broke sometimes; witness NFL rusher Adrian Peterson running through $100 million and ending up bankrupt, for example.

It’s worth noting that Lin has an NBA championship to his name. That’s thanks to last year’s remarkable Toronto Raptors playoff run. Lin contributed little to the effort, scoring just nine points in the playoffs, but he still got a ring. That’s more than you can say for Yao Ming, arguably the league’s most popular Asian-American player prior to Jeremy Lin. For what it’s worth, Lin’s $65 million in career earnings aren’t far behind the $93 million that Ming earned in his NBA career either.

Jeremy Lin as the endorser of Taiwan FreshDelight Milk pic.twitter.com/1KbZaTyKFO

And Lin is a legend in Taiwan and still has product endorsements left, even if all else fails.