Roberto Firmino has scored seven goals in the Premier League this season. Seventeen players have found the back of the net more often. Teemu Pukki, the line-leader for last-placed Norwich, is one of them. Chris Wood of Burnley, who are currently three points above the relegation zone, is another.

If Firmino was a conventional striker, that would be a hugely disappointing tally. But he is not. Despite his immodest goal haul, the Brazil international has been superb this season. Gary Neville, the renowned Sky Sports pundit, believes any manager in the world would have Firmino on their team.

He is probably right. The 28-year-old is not a traditional center-forward but he is arguably the best player in the world in that position. 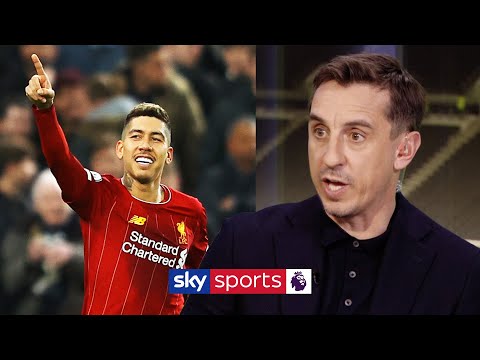 A slow start on Merseyside

Firmino moved to Liverpool from Hoffenheim in summer 2015, when Brendan Rodgers was still in charge at Anfield. The Northern Irishman deployed him in multiple positions. He was often fielded on the right-hand side of a front three, with Christian Benteke chosen through the middle.

Firmino took a while to get going on Merseyside. Even when Jurgen Klopp replaced Rodgers in the hot seat in October, the Brazilian blew hot and cold.

The turning point came after a 2-0 defeat by West Ham at the start of 2016. Firmino was selected in the No. 10 role behind Benteke. Liverpool were poor throughout the encounter at Upton Park, with the Belgian particularly disappointing.

When his team returned to Premier League action 11 days later, Klopp left Benteke out of his starting XI. Firmino was employed as a false nine, instructed to start at center-forward but drop down to collect possession in deeper areas. Liverpool drew 3-3 with Arsenal but Firmino scored twice, with Arsene Wenger’s men struggling to get a handle on his movements.

In the four years since, Firmino has perfected the role. Sadio Mane and Mohamed Salah are Liverpool’s chief goal-getters. Both players thrive on space in behind and regularly use their speed to dart past defenders.

The right-footed Mane starts on the left flank. The left-footed Salah is deployed from the right wing. Both players routinely cut infields onto their favoured sides, breaking into the box to get into goal scoring positions. This is made possible by Firmino’s willingness and ability to come short, accept the ball in tight areas between the lines, and selflessly play the role of facilitator.

The Brazilian is also brilliant at pressing from the front. Klopp’s sides have always been defined by their intensity, aggression, and desire to close down opponents high up the pitch. Firmino embodies that approach. He doesn’t give defenders a moment’s peace. He combines energy with intelligence, frequently winning possession from center-backs or central midfielders through either brains or brawn. 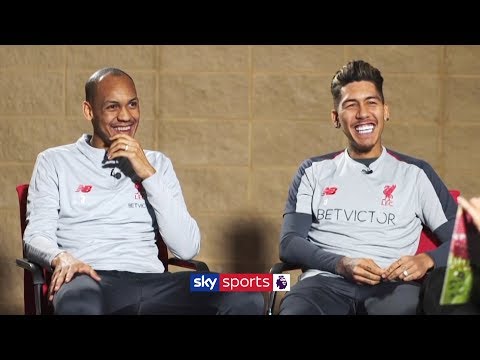 The ideal frontman for Liverpool

That makes him the perfect striker for Liverpool, in both attacking and defensive phases of play. Mane and Salah score more regularly than Firmino. Trent Alexander-Arnold is the team’s principal creator. Jordan Henderson is the captain and midfield general. Virgil van Dijk is the world’s foremost defender.

But Firmino is as important as any other member of Klopp’s side – as the former Borussia Dortmund boss has himself acknowledged on several occasions over the last few years. In 2018, he said: