Tesla is Next for Former IMF Economist Who Shorted Bitcoin at $20,000

Mark Dow, a former International Monetary Fund (IMF) economist who shorted Bitcoin from $20,000 to $3,500, has said shorting Tesla might be the trophy trade for 2019.

The gloomy forecast of Tesla from Dow comes during a period in which strategists remain concerned about the short-term future of the company and its drastic change in strategy.

Investment Firms are Pulling Out of Tesla Positions

On March 1, following the release of Tesla’s statement on its plans to switch all sales online and close down many of its galleries and stores, Lake Ave Financial CEO Alex Chalekian said that the company sold its position in Tesla for advisory clients.

The executive said that the abrupt and unforeseen decision of the company to close retail stores and risk a decline in visibility of Tesla vehicles demonstrate weakening financial stability of the firm and a possible cash-flow problem for Tesla.

He said that Tesla will need to restructure, put a lid on leverage, and consider taking the company private to build stability.

It pains me to say this, since I really love the company, but we have sold our position in #Tesla for our advisory clients. I believe that the decision to close retail stores is a bad one and points to the weakness in sales and financial strength of the company.

In my opinion, Tesla needs to restructure, remove the debt and move on as a private company. This is the only way that we can have them be around to shape the future of transportation and energy, while still keeping Elon as CEO.

The growth of the revenue of Tesla has exceeded the expectations of analysts. However, the company reached its first profitable quarter in 2018 and the complete 180 change in strategy from expanding retail stores to move all sales online has shown that the company is on a weaker footing.

Some strategists have said that the awareness of Tesla to gear towards profitability and prioritize online sales is a sign of maturity but the major concern is the pace in which the company is conducting such changes.

Barclays, the $37 billion British banking giant, also cut its price target for Tesla in light of the recent decisions employed by the company.

In a note to investors,  Barclays auto analysts Brian Johnson and Steven Hempel said that Tesla is at risk of losing its premium brand with price cuts and could lose its value as the Apple of the auto industry.

“Much of the bull narrative has rested on Tesla being the next Apple, selling high-volume EVs at premium price point and at high gross margins, in part aided by a unique branded retail presence — a narrative we see as undermined by the recent price cuts and closing of most of the stores,” Barclays analysts said.

In the latter half of 2018, Tesla had seen poor sales in China due to the increase in tariffs on cars by the Chinese authorities in the midst of a full-fledged trade war against the U.S. 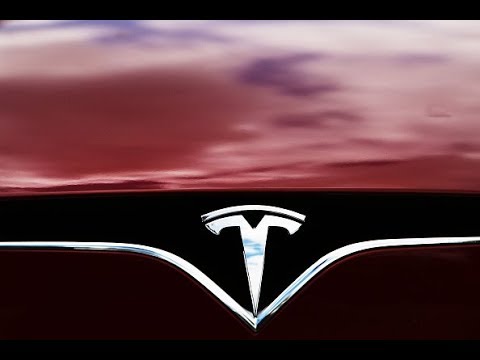 Tesla has been a major beneficiary of the rapid progress on the trade talks and if a full agreement is signed by the month’s end, which analysts in both the U.S. and China predict, the company could see a noticeable increase in sales in a key market it has bet on in 2019.

But, several investment firms and high-profile strategists perceive the current issues of the company to be larger than the existing geopolitical risks and there is a limit in which a trade deal may boost the company.