Jake Paul is something of a controversial figure. He has managed to accrue millions of subscribers. Yet he is universally despised by much of community.

If he’s not being exposed for exploiting kids, he’s setting his pool on fire. But, there is one instance that is much worse than others. Weirdly, not many people seem to have noticed it either.

That is until YouTuber Drew Gooden went and shined a spotlight on it.

Back in late 2017, Jake Paul had an idea. He decided that he was going to educate the next generation of social media influencers. All for the low-low price of $7. That is, it’s only $7 to gain access to the page which asks you to pay another $57 dollars.

What I am describing here is Edfluence. It was a service run by Jake Paul which basically amounts to a series of videos teaching people how to ‘make it’ as influencers.

Jake Paul trying to teach anyone anything is a bit dubious in the first place. Making it seem like the course costs $7 instead of $64 is just the icing on the cake. But, it only gets worse the further you look into it.

If You Paid for Edfluence You Were Ripped Off

If you search YouTube for ‘Edfluence’, you’ll find a lot of people’s videos. Lots of those who bought the service were really trying to make a social media career.

Around a year after he started the course, the website was closed down. Meaning that if you paid your $64 to get access, you’ve essentially now paid for nothing. The website now just leads to a dead page.

During the run-up to closing down, the Edfluence Twitter account repeatedly tweeted about massive sales prices. Basically, it seems like Jake Paul was trying to squeeze as much money out of his young fanbase as he possibly could before running off with the money. 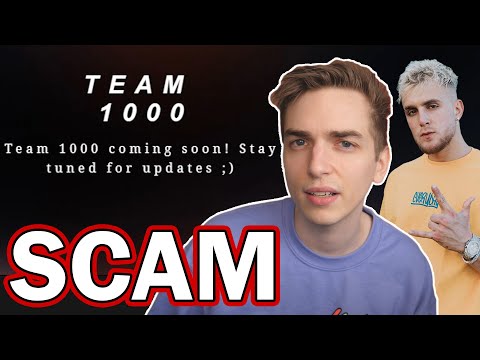 Jake Paul is Trash (In My Opinion)

Jake Paul really is a terrible person. He feigns ignorance in massively important subjects. When confronted about his exploitation of children he basically told concerned people to go away.

Yet when he has to talk about the business of influencing children, he is nothing but professional. It has been pointed out that his YouTube content would pretty much be illegal to broadcast in most countries around the world. I think it should be illegal on YouTube as well.

Let’s face it, it’s basically Jake Paul’s fault that the whole COPPA thing is happening. His brazen exploitation of children has led to the overregulation of what was once a place of abject creative freedom. Yet, no one seems to be holding the little twerp accountable for it.