Controversy surrounding hydroxychloroquine has been a hot topic in recent weeks as Donald Trump continues to sing its praises at coronavirus press briefings.

While researchers and medical professionals remain divided on whether the drug is a usable treatment for COVID-19, Trump seems thoroughly convinced of its effectiveness. But does he have the best interests of the U.S. at heart? The New York Times thinks not. 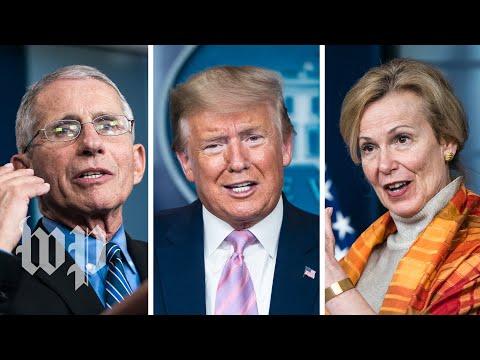 On Tuesday, the Times published an article insinuating that Trump and his associates stand to make substantial financial gains if the drug is widely used as a treatment for coronavirus:

Mr. Trump himself has a small personal financial interest in Sanofi, the French drugmaker that makes Plaquenil, the brand-name version of hydroxychloroquine.

While the basis of the article is true, to suggest Trump is trying to making a financial move right now is a stretch. There are plenty of credible arguments against Donald Trump’s promotion of hydroxychloroquine, but this isn’t one of them.

Trump does stand to make some money from widespread use of hydroxychloroquine—his three family trusts hold a Dodge & Cox mutual fund, in which Sanofi is the largest holding.

The mutual fund the article is referring to is the Dodge & Cox Global Stock Fund. Sanofi is, in fact, the largest holding, making up roughly 3% of the fund’s portfolio of equities. That hardly suggests Trump has a “personal financial interest.”

To put that into perspective, if Trump has a trust worth $1 million, it’s likely diversified between at least five different holdings. That’s $200,000 allocated to the fund in question. In that scenario, $6,000 or less than 1% of his wealth is profiting from a Sanofi-related boost. If he were trying to pull off some kind of financial heist, this would be a pretty poor way to do it.

The Times article goes on to name a variety of Trump associates who stand to gain from a bump in Sanofi shares.

Specifically, the Times points to Republican donor Ken Fisher, whose investment company holds a 0.70% stake in the company. Morgan Stanley, whose organization has been a Democrat donor over the past two years, is also one of the top ten majority shareholders.

Trump May not Be Right, But He’s Not Profiting From it

To be clear, there are plenty of valid arguments against Donald Trump’s promotion of anti-malaria drugs to treat coronavirus. But the latest flimsy accusation that Trump and his buddies are doing it to make money simply gives the president and his supporters more fuel to discredit challenging questions from the media.

Donald Trump bought this mutual find at least a year ago—before COVID-19 had been discovered. The money he stands to make if the drug is approved to treat coronavirus is likely inconsequential. The fact that several Republican donors are majority shareholders isn’t surprising considering investment banks tend to lean toward conservative politics.

The media’s outrage over Trump’s Dodge & Cox holding is overdone and it takes away from the real issue—the viability of hydroxychloroquine.

The country should be discussing the positives and negatives of a treatment that many doctors say could be a beacon of hope in the fight against coronavirus. People should be holding Trump accountable for his decisions regarding medical supplies and the dangers of promoting an unproven drug—not creating conspiracies based loosely on fact.