Cristiano Ronaldo Sets Another Record, but Protége Rashford is Coming

Cristiano Ronaldo’s double for Juventus set a new landmark for the Portugese star, but one rising youngster is breaking other records.

Cristiano Ronaldo helped shoot Juventus back to the top of the Serie A table on Sunday.

The Portuguese star scored twice in a 3-1 home win over Udinese.

Although the victory was cause for celebration in Turin, Ronaldo will also be jubilant about another feat.

The two goals mean Ronaldo now has 11 goals in 19 appearances for Juventus this season.

This sets a goalscoring landmark for Ronaldo, who is now the only player in Europe’s top five leagues to score more than ten goals in all competitions in each of the last 15 seasons.

The accomplishment sent social media into frenzy over whether this stat proves Ronaldo truly is the G.O.A.T

Ronaldo’s ability to continue smashing and setting records past his twenties is incredulous. Since turning 30, he has netted 220 club goals – which is more than Harry Kane, Antoine Griezmann and Mo Salah have scored during their entire careers.

But like all professional athletes, age will soon catch up with Ronaldo. And at 34-years-old, history suggests that time isn’t far away. David Beckham retired at 38, Diego Maradona at 37, and Pelé at 36.

So who are the rising stars looking to break Ronaldo’s records? Well, one young striker has already got a head start – and just like Ronaldo before him, he’s a Manchester United forward.

The Rise of Marcus Rashford

Marcus Rashford has been a light for Manchester United during two dark seasons.

Brought in by former United boss Louis van Gaal three years ago, the now 22-year-old has become one of United’s most reliable forwards.

Rashford has 13 goals in all competitions this season, the most of all United players. He also played a crucial role in leading United to major wins over league rivals Tottenham and Manchester City this month.

But perhaps most impressive, Rashford has outperformed Ronaldo in some notable areas.

You can check out the breakdown of the stats here:

The Similarities Between Ronaldo and Rashford

In addition to outscoring Ronaldo, some have suggested Rashford is replicating Ronaldo’s shooting technique.

In October, Rashford put away a dazzling free-kick against rivals Chelsea during a 2-1 win in the Football League Cup. The “knuckle” technique used is similar to the type Ronaldo helped make famous years ago.

Rashford has also been compared to Ronaldo by his manager, Ole Gunnar Solskjaer. During a press conference last week, the United coach said it’s “easy to compare” the two because of the likeness in their “skills, body shape, attitude, and attributes.”

Of course, Rashford has years to go before reaching the status of players like Ronaldo. But, if Manchester United are able to bolster their midfield during the January transfer window, perhaps Rashford will be able to improve an already incredible season.

12 years is a long distance between the young United forward and the seasoned Juventus attacker, but it’s also plenty of time to break and set more records – for both players. 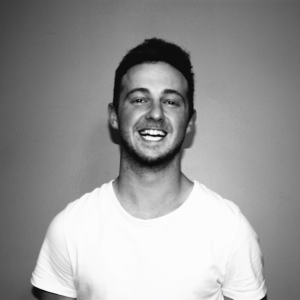 Laurence Watt
Laurence is a journalist based in Canada who covers markets. He has experience working for multiple news media outlets, including as a news editor and associate producer for radio. He doesn't have many followers on Twitter, but you can change that by checking him out here. You can also reach him via email at lwatt.ccn@gmail.com
Subscribe
0 Comments
Inline Feedbacks
View all comments
← PreviousTexas Rangers’ New $1.2 Billion Stadium Wasn’t the Only Thing on Fire Saturday
Next →Why the Cowboys’ Coin Flip Flub May Come Back to Haunt Dak Prescott

Messi Is Now the Weak Link in Champions League Rivalry With Ronaldo
October 1, 2020 No Comments

Mohamed Salah Is a Better EPL Player Than Cristiano Ronaldo Ever Was
September 27, 2020 1 Comment

Cristiano Ronaldo Is Becoming the GOAT as Lionel Messi Gets Distracted
September 8, 2020 No Comments