China’s Bitmain Gets Approval for US Bitcoin Mining Operation

Bitmain, Chinese cryptocurrency mining company, has been given a green light to set up a blockchain facility in Western Walla Walla County, a county in the U.S. state of Washington. Local newspaper Union-Bulletin wrote that the decision was in complete agreement of the three commissioners involved in the situation.

Last month, CCN.com reported that Ant Creek was in talks with the officials to buy land in the port of Walla Walla. Bitmain’s co-founder, Jihan Wu, was listed as the governing person of the company, with Jeff Stearns as the director of operations. The initial deal included leasing 40 acres of land which would result in 15-20 full time jobs. However, a few changes have been made to the original offer. Currently, the company is receiving 10 acres land and the opportunity to show the county its technological potential.

If Ant Creek accepts the offer, the lease will run until the end of 2018, after which the company will be given a choice to purchase the land. The company would pay $4,701.67 monthly, and if it decided to buy the land, it would need to pay $150,000. Additionally, $2.5 million would be spent on constructing a roadway since the land is currently inaccessible. The port will cover access improvement design, and drinkable and fire protection water expansion costs of $140,000 and $300,000 respectively. However, Stearns neither accepted nor denied the altered deal yet.

The decision was made at a public hearing, where many residents opposed the idea of cryptocurrency mining. According to them, allowing such a project would benefit anonymous people while using their land’s electricity. Without mentioning Bitmain, Stearns explained that Ant Creek was “both a blockchain and artificial-intelligence company” to the people.

Some people spoke against bitcoin mining, while some said the company was focusing more on blockchain to “soften the idea”. At one point, a person was escorted out of the hearing. One of the commissioners even clarified that blockchain had various use-cases, one of them being food security.

Les Teel, CEO of Columbia Rural Electric Association (REA), also said that the company could easily fulfill Art Creek’s demand without putting the residents at risk. However, when it came to finalizing the deal, president of the commission, Peter Swant, said, “We are elected to do what the people would like us to do.” Out of the 60,000 residents, only 60 or 70 people were opposing the collaboration which made it difficult to vote in favor of the minority. 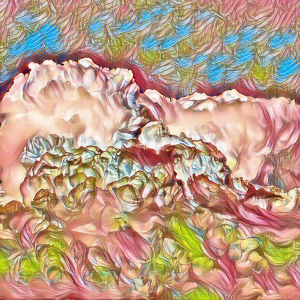