The National Development and Reform Commission (NDRC) revealed its intent to eliminate the bitcoin and crypto mining sector immediately in its guidance for adjustments to industrial structure published on April 1.

The list of sectors that will be encouraged, restricted and eliminated will undergo a public consultation period until May 7 according to the report of SCMP, and as such, mining facilities in China are likely to be able to operate throughout the next month or two.

If after the public consultation phase the NDRC and the government of China move forward with the current plans to shut down the bitcoin and crypto mining sector, it would signal the end of the most dominant bitcoin mining region.

Why It Could be Good For Bitcoin and Crypto

The potential imposition of a ban on crypto mining may lead to the decentralization of mining across the global mining market and encourage miners based in China to move to foreign countries.

“Bitcoin mining will no longer be dominated by China but become more decentralized,” a Beijing-based cryptocurrency research company analyst Michael Zhong told SCMP, emphasizing that Chinese miners in Yunnan and Sichuan would have to leave. 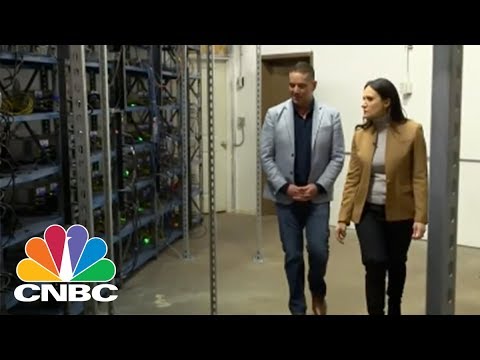 For many years, major mining pools based in China in the likes of BTC.com and Antpool, some of which are operated by Bitmain, have had dominance over the hash power of the Bitcoin network.

As of April 9, BTC.com and Antpool alone have over 31.5 percent of the hash power of the Bitcoin network, both of which are subsidiaries of Bitmain.

However, it is difficult to exactly determine what percentage of the Bitcoin hash power comes from China because pools represent a large group of miners, possibly distributed globally.

Hence, even if pools like Antpool and BTC.com that are primarily based in China have a large market share of the Bitcoin hash rate, it is premature to conclusively state that 31.5 percent of the hash power of Bitcoin comes from China.

Moreover, most mining companies including Bitmain have offices outside of Beijing and if forced out of China,  most likely would be able to sustain operations in foreign markets.

Apart from the top three pools, SlushPool, BitFury, and many others are all based outside of China.

Mati Greenspan, a senior market analyst at eToro, also noted that China’s potential ban on crypto mining could have a positive impact on the price trend of bitcoin.

If this ban does end up happening its more likely to push BTC prices up than down. The loss of cheap Chinese electricity would raise the mining cost, which is net positive on price. It would also serve to kill the FUD that Bitcoin mining is centralized.

Why China is Taking This Approach

Kenetic managing partner Jehan Chu said that similar to the way China has been able to control what’s known as the Great Firewall of China, the government likely wants to “reboot” the cryptocurrency industry to how it sees fit.

“The NDRC’s move is in line overall with China’s desire to control different layers of the rapidly growing crypto industry, and does not yet signal a major shift in policy. I believe China simply wants to ‘reboot’ the crypto industry into one that they have oversight on, the same approach they took with the Internet.”

It remains unclear whether China is planning to offer a strictly regulated cryptocurrency market in the future or its priority is simply to ban all industries related to the asset class.