Call of Duty: Modern Warfare fans, rejoice! Infinity Ward is bringing back killstreaks, but in keeping with the game’s controversial rollout, what should have been a universally-popular announcement has many questioning whether Activision went too far.

Killstreaks were a staple of the Call of Duty franchise before they inexplicably disappeared in favor of snooze-worthy “scorestreaks.”

Modern Warfare players won’t be snoozing, that’s for sure. But they will be left questioning the ethics of simulating war crimes, even on a virtual battlefield. 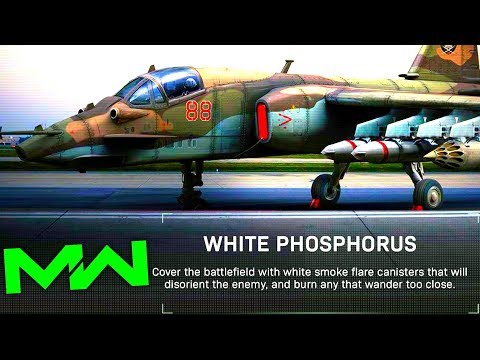 The most controversial killstreak introduced in Call of Duty: Modern Warfare is white phosphorous, a self-igniting chemical that can set fire to just about everything. Clothes, fuel, ammo, human skin, and more – nothing is safe. White phosphorous can cause immense damage and means an extremely painful end for its victims.

Precisely for that reason, white phosphorous is highly restricted and outlawed from use even in most military operations in the real-world.

Modern Warfare’s creators knew they were taking a risk with the white phosphorous killstreak, and Infinity Ward’s Taylor Kurosaki defended the decision in an interview with GameSpot.

“Today, modern warfare means that the war isn’t just over there. The war is everywhere. It’s in our own backyards. It’s in places that can suddenly become a battlefield at a moment’s notice. It’s about enemies who don’t wear uniforms. It’s about civilian collateral damage kind of being, unfortunately, part of the equation.”

However, many gamers were not impressed.

Really? They’re going with white phosphorous? “Let’s normalise the use of something banned by international law as both a chemical and incendiary weapon.
Destigmatising war crimes is great!”
It’s not like they can even use the excuse of it being historically accurate. 🤦‍♂️ pic.twitter.com/Br88BjPLtp

Others recalled the similar controversy over Spec Ops: The Line. Notoriously emotionally difficult to play, the game featured one scene in which the player must unknowingly massacre a group of civilians with the devastating chemical. Highly controversial in its time, the game used this scene to shock and to highlight human nature and the value of choices.

In the new title, white phosphorus attacks are a reward unlocked through getting kills. Ethically speaking, that’s pretty awful.

Not shying away from difficult topics can prod gamers to wrestle with moral quandaries. Encouraging them to whoop with laughter as they burn their opponents alive with the same chemical allegedly used in Syria just two years ago does precisely the opposite.

Attempts to address difficult topics are always risky, and in most cases, I think they should be praised. Not here.

Sadly, it seems that even if Activision and Infinity Ward hoped to make a political or moral statement, they missed the mark entirely. A chemical as hellish and destructive as white phosphorus should never be treated with levity – much less find its way onto a YouTube “Best COD Kills Ever” compilation.