By CCN.com: The red hot bitcoin price rally isn’t showing any signs of stopping. The flagship cryptocurrency has touched the $11,000 mark once again and there’s ever-growing chorus that it will keep flying higher.

Crypto trader Josh Rager is one of those bulls calling for a rapid rise in bitcoin prices from here onward. He has made a really bold prediction that will be music to the ears of bitcoin enthusiasts, who have endured a volatile journey over the past year but are now reaping the reward of stacking Sats.

In a series of recent tweets, Rager pointed out that once the price of bitcoin goes past the $11,700 mark, it will find little resistance and break through to highs that we have never seen before.

$BTC is likely to hit $60k+ this coming uptrend…

With over 43,000 followers, Rager is a well-followed bitcoin trader who backs up his wild claim with technical data. Late last month, he had pointed out that every bitcoin bull cycle has been longer than the preceding one.

As you look at the historical cycles on the Bitcoin chart, you will notice that each bull market cycle exceeds the length of the previous uptrend

Don't worry about pullbacks, Bitcoin is likely less than 1/4 into the current uptrend to the next peak high pic.twitter.com/CCesZphBWD

Given that Rager estimates that we are just 25% in the current bull cycle until the price of bitcoin hits its next peak, the cryptocurrency still has a lot of room for growth. However, he believes that there will be a resistance at $11,700 as the price of bitcoin tends to rally for five weeks before hitting the breaks.

During last bull uptrend & currently, there has been a pattern of at least 5 weeks of green before next major pullback

While I am still cautious between here & $11,700, this is only the 2nd week since last major pullback

Be wise, prepare for anything, but also take note pic.twitter.com/hM5mvSZ0Ir

The last pullback was just a couple of weeks ago, so bitcoin should keep running higher for another according to Rager’s technical analysis. If that indeed happens, the price of bitcoin should be able to break past the $11,700 resistance and zoom further.

A herd of bulls

Rager is one among the many bulls calling for new all-time highs.

Crypto analyst Galaxy had recently painted a $62,000 price target on bitcoin based on past trends and technicals, pointing out that the cryptocurrency can hit those levels by the end of October.

Year 2017 had a similar weekly candle set-up as the one today, which was followed by a 570% price increase over the next 147 days.

Meanwhile, Wall Street research firm Fundstrat Global Advisors co-founder Thomas Lee also has a big price target on bitcoin. He expects the cryptocurrency to quadruple once it is past the $10,000 FOMO level.

Rager’s estimate adds to the chorus, though he believes that there’s more to the current rally than just technical patterns.

Most the money this cycle will flow into:
-Bitcoin
-Major market cap alts
-New altcoins released in 2019/2020

The crypto trader points out that bitcoin will see the maximum inflow during this bull cycle, and that’s not surprising. Interest in bitcoin is going through the roof this year as it has emerged as an alternate asset class where investors can put their money in case the traditional markets are under turmoil.

More money is flowing into bitcoin as hedge funds and institutional investors are piling into the cryptocurrency, creating new demand that’s sending prices higher. This is why it won’t be surprising to see Rager’s price estimate of $60,000 actually coming true.

The current rally is supported by both fundamental and technical factors, and there is enough evidence to suggest that the huge price targets being doled out by bulls are more than just wild fantasies. 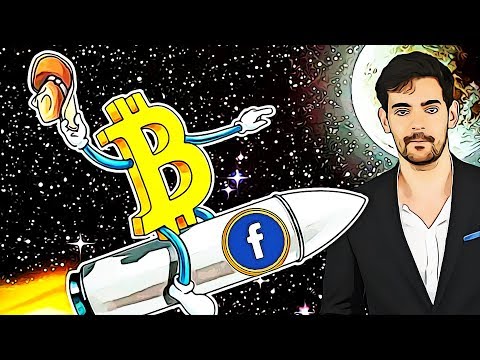