The oil price rally is about to run out of… well, gas.

That’s true even after OPEC+ announced a one-month extension of production cuts. And it hasn’t changed even as economies around the world reopen, raising hopes of a resurgence in oil consumption.

According to Goldman Sachs energy analyst Damien Courvalin, the future for crude is a lot weaker than you think.

Because while there’s no doubt that production will eventually come back online, the outlook for demand is a lot less certain.

Courvalin expects Brent crude oil to fall to $35 per barrel. Currently, Brent crude oil is trading at around $41. This would suggest a potential drop of approximately 15%.

West Texas Intermediate oil, on the other hand, is trading slightly above $38. WTI has rallied nearly 10% since the month started.

Even the supermajors are suffering

Just like Goldman Sachs, Big Oil seems to be of the view that the energy industry is not out of the woods yet.

Supermajor BP announced Monday that it would be laying off 10,000 employees worldwide by the close of 2020. That’s roughly 14% of its workforce.

And late last month, Chevron announced it would trim its workforce by between 10% and 15%. Fellow Dow Jones energy stock Exxon Mobil has not announced any layoff plans (yet), but it will reduce operating expenses by 15%.

But the most bearish signal came from Royal Dutch Shell, which not only announced voluntary layoffs but also cut its dividend for the first time in 75 years.

OPEC+: the gift that keeps on giving shale producers 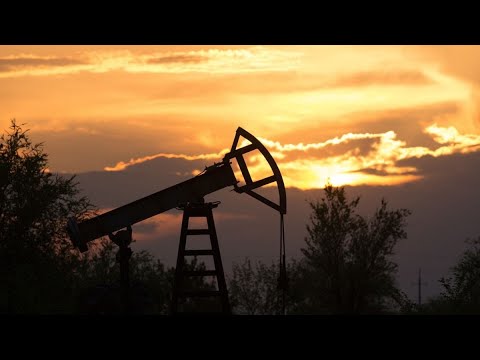 Much to the chagrin of OPEC+, shale producers are one of the biggest threats to the gains that energy prices have made since the announcement of historic oil production cuts earlier in the year.

Several shale producers went bankrupt when oil prices collapsed, but others have lived to fight another day.

After agreeing to extend production cuts, oil prices recovered to levels last witnessed in early March. But now OPEC+ finds itself in a familiar quagmire.

U.S. shale producers are not exactly thriving at current prices, but they can afford to stay in business.

Per the Federal Reserve Bank of Dallas, U.S. shale producers can’t afford to drill new wells under current market conditions. They can cover operating expenses for existing wells, but if Goldman’s price forecast is accurate, they won’t turn much of a profit.

At best, they’ll be stuck in limbo until demand recovers. At worst, production cuts will expire, and they’ll be forced to shut down their existing wells too.

Yet as ominous as the outlook for oil prices appears to be, shale stock investors are undeterred.

Shale’s biggest names have surged in recent days, with Chesapeake Energy – up 127% on Monday alone – highlighting how out of control the euphoria has gotten.