Just as politicians are using the coronavirus outbreak to further their agenda, so are animal rights activists, like rock star Brian May. Even though there’s no conclusive evidence that the virus came from eating meat, vegans are seizing their moment.

For many individuals and companies, the coronavirus outbreak has been just as much an opportunity as a tragedy. We’ve seen the pandemic used as a political football in the United States, with both sides using coronavirus to gain an advantage over their rivals.

Most notably, the crisis has become a club with which to beat President Trump.

Politicians Are Using the Coronavirus to Their Advantage. Why Not Animal Rights Activists?

With the rumors that the whole pandemic began from a wet market in Wuhan, China, it was only a matter of time before the animal rights activists came out to play.

First, we had everyone’s favorite vegetarian; Paul McCartney tell us all how meat-eaters were to blame. 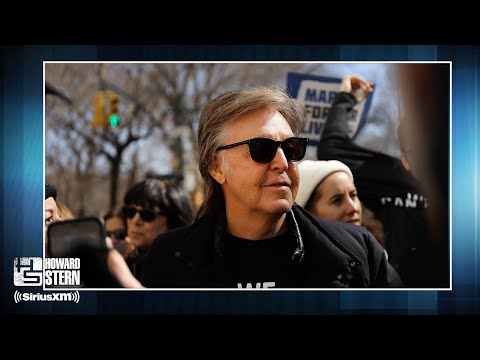 Speaking to Howard Stern, McCartney shockingly compared banning the Chinese wet markets with the abolition of the slave trade:

I understand that part of it is going to be: people have done it forever, this is the way we do things. But they did slavery forever, too. You’ve got to change things at some point.

McCartney’s tirade, which borders on xenophobic on occasion, didn’t end with the comparison to slavery:

I really hope that this will mean the Chinese government says, ‘OK guys, we have really got to get super hygienic around here.’ Let’s face it; it is a little bit medieval eating bats. I think it makes a lot of sense when you’ve got the obscenity of some of the stuff that’s going on there and what comes out of it, they might as well be letting off atomic bombs. It’s affecting the whole world.

You know the type. They’ve smoked for decades, but now that they’ve given it up, they’re always preaching to everyone else how it’s a terrible habit.

Brian May, the guitarist in UK rock legends Queen, believes that veganism is “the future of humanity” after the coronavirus brought the world “to its knees.”

You would imagine from listening to May wax lyrical about the benefits of veganism that he’d been following such a diet for much of his 72 years.

You’d be wrong. He turned vegan a few months ago.

May Believes That Animal Consumption Caused the Coronavirus

To the surprise of no one who knows a newly-converted vegan or vegetarian, May continued:

I think I will start to be a bit more preachy about veganism. Because, to me, it is the way forward, in so many ways.

There is no conclusive proof that the coronavirus originated from meat-eating. But that won’t stop those with an agenda, or in this case a messiah complex, from pressing ahead.