Sony and Xbox are playing a game of chicken with their prices and we're getting impatient. | Source: Microsoft

The pre-order page for the Xbox Series X has gone live. While you can’t fill out an order just yet, we’re hopefully a little closer to a price point reveal for Microsoft’s latest box.

We already know the Series X is slated for a holiday release. That, and we should expect a higher-priced console due to the rumored, much more accessible Lockhart device. But with the pre-order page reading “coming soon,” why haven’t we seen a price yet?

Microsoft announced the Xbox Series X (Project Scarlett, at the time) at E3 2019. Since then, we’ve seen the box, the controller, and learned all about its inner workings.

But still no price.

Some argue Microsoft is waiting on Sony’s price reveal. That the former wants to undercut the latter. This is doubtful, considering the Lockhart console should undermine even the lowest PlayStation 5 price point. This frees Microsoft to price the Series X as they see fit.

But we don’t know Lockhart’s price, either. Could Microsoft be waiting for Sony’s PlayStation 5 price, only to announce Lockhart to counter officially? 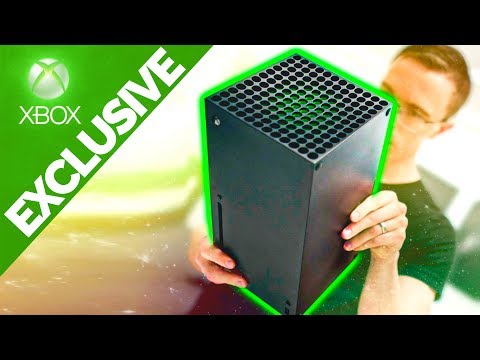 We know little about Sony’s next box. It’s banking on a powerful SSD and has a gimmicky new controller to boot.

The PlayStation 5 will be an expensive console. But with Unreal Engine 5 support, it will probably be worth it. However, is Sony playing the same game? Are they simply waiting for Microsoft to play their pricing hand?

The Xbox Series X Price Will be Justifiably High

Eventually, one of these manufacturers has to break. And unless Sony has a reasonably priced box to show, they’ll be beaten by one of Microsoft’s two options.

Of course, Sony has exclusives like The Last of Us Part 2 to bank on their brand. While that and Ghost of Tsushima are PlayStation 4 exclusives, they’ll play even better on the PS5. Plus, who knows what original IP they’re ready to reveal?

Microsoft has played most of their hand. All but one critical card: the price. However, they’ve already justified a high fee thanks to Game Pass and other user-friendly services. Can Sony do the same?

We’re about six months from December. Someone just needs to bite the bullet.