A 2013 speech from Chinese president Xi Jinping has emerged in which he declared that “socialism will inevitably vanquish capitalism.”

As China and the US hammer out an excruciating trade deal, it’s a reminder of the socialist agenda at the heart of China’s politics. And if you look closely at the emerging trade deal, China’s socialist manifesto is littered throughout.

Rather than opening up free markets in China, Trump risks signing a deal that cements China’s socialist, communist agenda. One that could exert huge leverage and power over the US.

China Trade Deal (and more) in advanced stages. Relationship between our two Countries is very strong. I have therefore agreed to delay U.S. tariff hikes. Let’s see what happens?

The speech, delivered in 2013, was a nod to Communism’s founding fathers, Karl Marx and Friedrich Engels. In it, Xi said capitalism’s inevitable demise would  be a long process over the course of history.

The speech was released on Monday by the party’s theoretical journal Qiushi (Seeking Truth). This was no accident. As Professor Alfred Wu of National University of Singapore said:

“It must be a decision that’s come directly from [Xi] or his office… He clearly wants to convey an important message within the party by republishing the full version of an old speech.”

The Communist Agenda at the Heart of Trump’s Trade Deal

Trump has repeatedly hailed the ongoing trade war as a way to prise open China’s communist economy and make way for free markets.

Looking for China to open their Markets not only to Financial Services, which they are now doing, but also to our Manufacturing, Farmers and other U.S. businesses and industries. Without this a deal would be unacceptable!

Indeed, a huge part of Trump’s motivation for the $250 billion tariffs was to force a change in China’s communist economy.

But Trump is at risk of being manipulated. 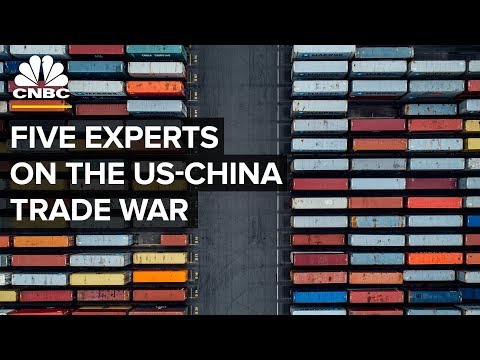 The heart of Trump’s trade deal is an agreement on China’s part to purchase as much as $1 trillion in US goods.

Trump believes this move will lower the extreme trade deficit between the US and China. At the same time, it aims to shift jobs and economic power back to the US.

But there’s a catch. The main authority ordering the $1 trillion purchases will be the Chinese state. And state-run businesses will buy American goods.

All this will do is strengthen China’s state-role in the global economy.

“It seems like those types of really simplistic purchasing commitment type of arrangements would actually reinforce state ownership rather than discourage it.” – Rufus Yerxa, the head of the National Foreign Trade Council.

The Trade Deal Won’t Break Up Chinese Monopolies, Either

China has so far agreed to purchase US goods. But the real crux of the trade deal is China’s tight grip on foreign companies.

Currently, if a US car company, bank or technology giant wants to expand into China, they must agree to a joint venture with a local Chinese company. In other words, China gains access to US intellectual property and tech secrets.

Trump is demanding a break up of these rules as part of the deal. But China is holding firm.

This is the issue holding up the deal. China will not give up this state-control lightly.

I just don’t see the deal where China asks the US to meet it 1/2way.China offers little&is asked to give up too much( no currency manipulation, tech development control, IP payments ) w/the US not compromising. Next week perhaps trump will be forced to acknowledge trade deadlock https://t.co/GNMUXezRUR

There have been a few small concessions. JP Morgan has been given the green-light to set up a majority-held brokerage in China. Tesla was allowed to build a fully-owned Shanghai gigafactory, and there are whispers that China will loosen the rules for cloud computing companies.

But sources maintain that this issue of Chinese state dominance is the breaking point for China in the negotiations. In simple terms, China will not give up its communist control over its economy.

“The two sides were further apart on Chinese structural reforms that the Trump administration is demanding.” – The Straights Times, Singapore.

Don’t Believe Everything You Read in US Media

There’s more to this story too. While Trump and the US media point to a great deal in the making, the rhetoric in the Chinese press is very different.

When Trump boasted of progress with regard to China’s state monopoly on tech transfer and IP theft, Chinese media didn’t even mention it.

“Chinese-language state media left out references to a 90-day condition for both sides to agree on issues such as technology transfer.”

It points to the fact that China has little appetite to break up its state control or open its economy to US firms.

“We are handing them the ability to coerce our companies”

If Trump does not get a significant change in China’s state-controlled economy, China’s communist machine will keep running.

All that’s left is an agreement to purchase more US goods. And while that may swing the trade deficit, it will also strengthen the communist machine further, putting purchasing power in the hands of the Chinese government. In other words:

“We are handing them the ability to coerce our companies” – Derek Scissors, a resident scholar at the American Enterprise Institute.

China’s Vice Premier Liu He will meet with Washington negotiators on Wednesday in the hopes of reaching a final agreement. If it goes well, Trump and Xi could sign an historic agreement by the end of the month.

But if Trump isn’t careful he may get the exact opposite of what he hopes. Instead of establishing a free market in China, he may inadvertently help Xi Jinping strengthen its communist agenda, and “vanquish capitalism.”