Battle Royale games have exploded in popularity since H1Z1 launched in 2017. The game sold over one million copies while in early access. Household names such as Fortnite and Apex Legends, though, have outshone the Steam-based game. Viewer counts for H1Z1 plummetted, resulting in a broke-ass league and player-oriented payment issues.

Sid Meyer’s Civilization 6 has decided to put a strategic spin on the battle royale genre. Unlike Ubisoft’s poor Ghost Recon decisions, the concept of a strategic—not tactical—battle royale may reap greater success.

Folding the elements into a cohesive and unique game generally works much better than hacking out the dredges of a genre and injecting them into a mainstream franchise. This was true of Dynasty Warriors 9, a first-attempt at open-world action within a previously strong franchise.

Civ 6 contains numerous battle royale elements including a shrinking and deadly worldscape, free-for-all carnage, and a last-player-standing mindset. These elements are blended into a game normally focused on diplomacy and kingdom building. In Red Death? Post-apocalyptic devastation. 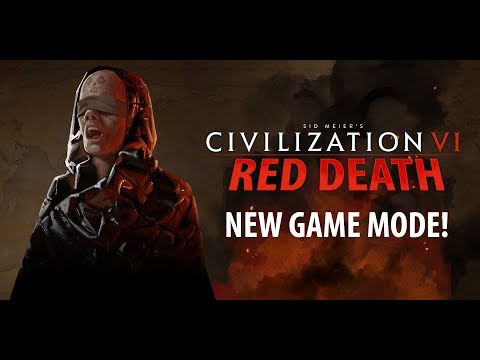 Turn-based flow can help to pace out the game and allow players to clearly rationalize their choices before acting. This is a stark contrast to the ultra-high tempo enforced in FPS battle royale games.

Oh! And nukes! You have to have nukes in a strategy game like Civ 6. Why not just toss them into a game mode which is based around RNG? It seems like a great plan.

The team behind Sid Meier’s Civilization 6 stands poised to deliver a stim shot of innovation to the strategy genre while cashing in on a modern, white-hot gaming genre. Time will tell if they are set to succeed. Red Death Launched on Sept. 10, 2019.