World Wide Web Turns 30: Has it Failed – and What Comes Next?

Today, March 12, marks the 30th anniversary of the World Wide Web. To celebrate, we’ll look back on how it began, assess the progress its made, and ask the all-important questions: has it failed – and what comes next?

World Wide Web vs. The Internet

While sometimes used interchangeably, it’s important to separate the World Wide Web from the Internet. The former refers to the network of information consisting of web pages and other similar resources, identifiable by Uniform Resource Locators, or URLs. The Internet, on the other hand, is the technology that enables users to access those resources. 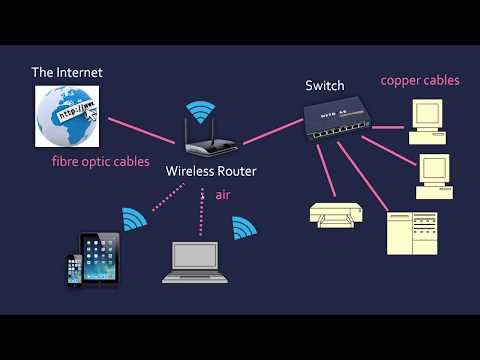 The Web first came into existence as the brainchild of Tim Berners-Lee, an English engineer and computer scientist. While working at CERN, Berners-Lee wrote a proposal aimed at combining the domain name system and Transmission Control Protocol with hypertext. This combination, after a few iterations, brought about the first webpage, which laid out the basics of the idea and gave more information on creating new pages. In a British Council ranking of the 80 moments that shaped the world, the creation of the World Wide Web came in at #1:

“The fastest-growing communications medium of all time, the internet has changed the shape of modern life forever. We can connect with each other instantly, all over the world.”

It’s impossible to fully grasp the impact of the Web. It is a fundamentally transformational technology that has reshaped every aspect of modern life. But beyond the online shopping and cat videos, the Web provides something of paramount importance: accessibility of information.

For the first time in history, knowledge is not restricted to the elite. Open Library provides a portal for borrowing books online. Wikipedia is home to millions of (mostly) well-cited entries on everything from particle physics to home cooking. YouTube has thousands upon thousands of hours of educational and not-so-educational videos. With the invention of the World Wide Web came true freedom: now, anyone with an internet connection can access the totality of human knowledge from a device that fits in their pocket.

Failures of the World Wide Web

Of course, Sir Berners-Lee’s invention is not without its failures. The ease of information distribution does not preclude disinformation, now known popularly as “fake news”. Despite national attention, the phenomenon is still alive and well: from false claims meant to manipulate markets to bots masquerading as users, the Web is directly responsible for the spreading of fabricated, exaggerated, and even intentionally harmful information.

In response to the propagation of such harm, Sir Berners-Lee wrote an open letter calling for reform of the world’s most valuable resource:

“…while the web has created opportunity, given marginalised groups a voice, and made our daily lives easier, it has also created opportunity for scammers, given a voice to those who spread hatred, and made all kinds of crime easier to commit. Against the backdrop of news stories about how the web is misused, it’s understandable that many people feel afraid and unsure if the web is really a force for good. But given how much the web has changed in the past 30 years, it would be defeatist and unimaginative to assume that the web as we know it can’t be changed for the better in the next 30. If we give up on building a better web now, then the web will not have failed us. We will have failed the web.”

Beyond its misuse, the push against net neutrality from Internet Service Providers and uninformed (or well-lobbied) politicians led the Inventor of the Internet to feel he must step in to save his creation:

Sir Berners-Lee’s organization, the World Wide Web Foundation, is currently fighting against two of the Web’s most significant problems: the movement to end net neutrality, and the relative inaccessibility of its benefits to those in the developing world.

So what’s next for what is, in all likelihood, the most impactful innovation in human history?

Blockchain technology enables the Internet of Things. It can combat plagiarism. It can take the power of the web back from centralized control. It can even help bring access to those currently without. Blockchain, even in its early stages, is showing its capability to revolutionize the world’s social, political, economic, and even cultural paradigms.

Tim Berners-Lee took the first step toward an empowered global community with the World Wide Web.