Donald Trump is famous for the incessant flow of casual exaggeration in his rhetoric. But his critics decided early on in his administration that they would not be outdone.

Nearly everything Trump says or does as president is blown out of proportion. Donald Trump has deported fewer immigrants than Obama. But his immigration policy makes Trump “literally Hitler” to his critics. 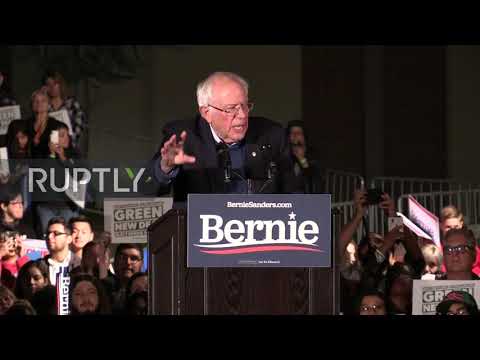 And in 2019, Rep. Alexandria Ocasio-Cortez said the same federal detention centers where Obama kept unauthorized immigrants are concentration camps. That’s not surprising for a generation that says “literally” when they literally mean “figuratively.”

Interestingly, when Donald Trump backs down from foreign conflicts, that too gets him accused of being “the most dangerous man in the world.”

So it’s no surprise the targeted killing of Iranian General Qasem Soleimani would read out “World War 3!” to this generation of exaggerators. No act or deed of Donald Trump would be complete without the ensuing melodramatics.

That mission was risky, but a regional war with Iran is the absolute worst-case scenario. Even that is unlikely. Iran tends to respect bold actions by US presidents. The Islamic Republic blusters, but folds under shows of strength.

Even the retaliatory rocket attacks Saturday were to save face. They hit blocks away from the US Embassy in Baghdad. They didn’t dare to actually hit the embassy. Iran knows it’s a struggling regional power – with no allies – up against a world superpower.

The airstrike that killed Soleimani was hardly an overture to war. It was incredibly targeted, downright surgical. It sent a message to Iran’s oligarchs that they could be the only casualties in another US response.

Even if Trump’s risky move in the Middle East pulled the US into an unavoidable conflict with Iran, who seriously thinks that would lead to World War 3? Not Twitter.

What’s the theory behind World War 3 fears? Do all the people looking it up on Google seriously think Russia or China will declare war on the US if there’s war with Iran?

The US just did Afghanistan and Iraq over the last two decades without it leading to a world war with these nuclear armed-peers. There was no world war with the Soviets or Chinese during US wars against communist governments in Vietnam or Korea either.

There is a general consensus that the threat of mutually assured destruction from these countries’ nuclear arsenals has kept another world war at bay since 1945.

It’s been a decades-long, remarkable display of the power of deterrence. It’s that power President Trump is relying on to keep peace with a recently unruly Iran.