Following rumors over the weekend that PlatinumGames planned to launch a Kickstarter to fund remastered ports of Wii-exclusive Wonderful 101, said Kickstarter has not only gone live today but has reached its funding goal in under an hour.

As of writing, upwards of 6,000 backers have pledged over $400,000 [Kickstarter]. The figure continues to rise by the second as more contribute to the crowdfunding project. 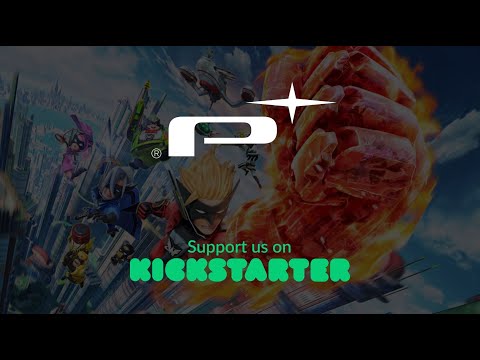 As for further stretch goals (currently blurred out of the Kickstarter page), PlatinumGames says;

Alongside the Kickstarter for Wonderful 101, PlatinumGames launched a cryptic teaser website dubbed ‘Platinum 4’. PlatinumGames linked to the site via a tweet published today with the hashtag #Platinum4.

The site has since sprung to life. With a heavy focus on the number four, it hints at four sizable announcements. The first is, of course, the Wonderful 101 Kickstarter campaign. The remaining three are shrouded in mystery. PlatinumGames offers no details other than ‘Coming Soon’ stamped under each of the numbers.

PlatinumGames’ back catalog immediately points to the three most likely candidates to claim the remaining three spots. These are the Bayonetta and the Nier franchises as well as new IP, Babylon’s Fall.

Bayonetta 3 has been in the pipeline since at least 2017, with early estimates citing a 2019 release. With 2019 come and gone, a release date is long overdue. It’s not unreasonable to expect the game to feature in one of the announcement slots.

Nevertheless, what exact shape the announcements will take is unclear, but we shouldn’t have too long to wait.