The E3-less summer schedule is starting to take shape. After revealing that it was eyeing up a digital-only event in the wake of E3’s cancellation, Ubisoft is the latest big-name publisher to confirm a date and time.

As has become all too customary during the pandemic, interested parties can tune into the broadcast on official channels over on Twitch, YouTube, and the like.

Viewers can expect a range of “exclusive game news, reveals and more,” as Ubisoft explained in a tweet sharing the news.

An accompanying news brief on the publisher’s website reads:

With physical gaming shows around the world postponed due to the COVID-19 pandemic, Ubisoft will be hosting its first digital conference, called Ubisoft Forward, on July 12. Get ready for an E3-style showcase with plenty of exclusive game news, exciting reveals, and much more.

Although Ubisoft stopped short of teasing specific titles, the event name itself suggests the showcase will focus on upcoming AAA games, five of which the publisher has slated for release by the end of the fiscal year in March 2021.

As for what we might see, Ubisoft has quite a few games on the stove, headlined by the recently revealed Assassin’s Creed Valhalla. Other likely candidates include Gods and Monsters, Watch Dogs Legion, Rainbow Six Quarantine, Skull & Bones, and Beyond Good and Evil 2.

Will There Be Valhalla Gameplay?

The question is: Will there be any gameplay?

Not the pre-rendered, CGI-heavy variety Ubisoft tried to pass off as gameplay last week, but genuine hands-on, from the player’s perspective, gameplay? Let’s hope so. 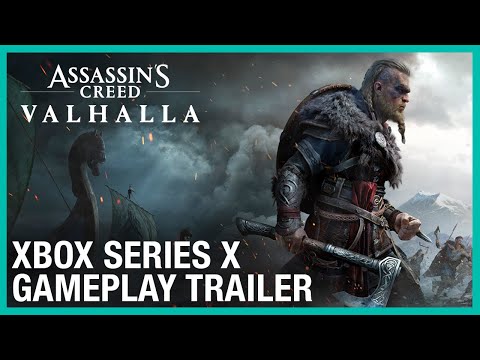 But then again, it seemed safe to assume we’d see Valhalla gameplay at last week’s botched event too.

With this latest announcement, this summer’s gaming slate is shaping up nicely.

EA will host a Play Live broadcast on June 11. Xbox is planning a first-party next-gen game showcase in July. And rumors suggest Sony’s big PlayStation 5 reveal should take place in early to mid-June.

Stepping away from the beaten path, the Guerrilla Collective will host a multi-day press conference in early June that will focus on indie developers and publishers.

And to cap it all off, Geoff Keighley’s Summer Game Fest will run for a four-month stint, culminating in a finale during August’s Gamecom Opening Night Live.