Mini-retro consoles are pretty damn popular these days. Nintendo is doing it, PlayStation is doing it. Recently even Sega has had a go. Now it seems like grandpa wants to join. Atari decided back in June of 2017 that it wanted to create new hardware called the Atari VCS. Since then, it has had its ups and downs.

There was an Indiegogo campaign that raised over $3 million for the project. Clearly, this idea was insanely popular with people. Unfortunately, there’s a certain reputation floating around the project right now – a reputation for a lack of communication and repeated delays. So will it end up a success? 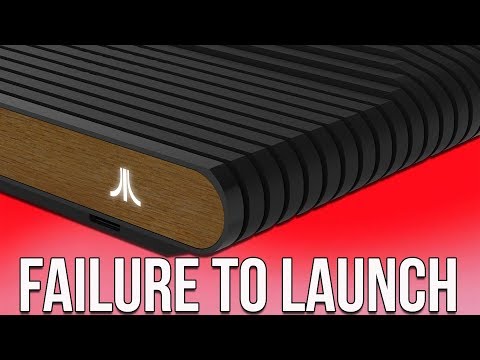 The Atari VCS Has Some Issues

Unlike the other ‘classic consoles,’ the Atari VCS is supposedly an entirely new console. It doesn’t just play Atari 2600 games but has shown to run things like Tempest 4000, a game released only last year. It also has access to the internet, can run video in 4k and has the option of streaming. Plus you can install your own version of Windows on it if you want to.

The main problem with the system is its price. Remember that the system is coming out the same year that we’re supposed to be hitting the ninth generation of video game consoles. The Atari VCS is being released at $249.99 for the cheapest version. The said version features slightly worse speeds than the top model and comes completely without any controllers whatsoever.

To get a version you can actually play you’ll need to drop a minimum of $300. To put that in context, that’s the same price that you would have paid for a PS4 Pro in a recent Black Friday sale. That doesn’t even account for getting the decent package, which includes a better system and both a modern-style and classic-style console. For this option, you’ll have to drop $389.99.

Even with the massive price issue, the Atari VCS isn’t guaranteed to fail. Nostalgia is always a strong selling point, and the VCS is steeped in it. On top of that, the idea of a ‘classic’ console that can do more than just play old games isn’t a bad one.

Many people clearly found the idea attractive in the first place otherwise it wouldn’t have been so successful on Indiegogo. If Atari realizes its mistake and brings that price down, the system could legitimately be a huge success.

The problem here is that Atari almost certainly won’t realize this error. At least not until it’s too late. If the retail units don’t have good sales the price will eventually go down, but it won’t be enough for Atari to realize the potential behind the hardware. Unfortunately, all signs point towards the Atari VCS becoming a bigger trainwreck than the Coleco Chameleon.