Johnny Depp is back in court. This time, it’s because the “Pirates of the Caribbean” actor is facing off against the parent company of British tabloid The Sun.

The case is already igniting fireworks – and creating fodder for the very tabloid he’s suing.

Johnny Depp Gets His Day in Court

According to Johnny Depp, the tabloid outlet falsely published stories that claimed he was a “wife-beater.”

The “scoops,” Depp says, stem from his now-ex-wife Amber Heard’s false allegations. He claims the allegations caused him undue pain and torpedoed his career.

In the tapes of my conversations with Amber that have now been disclosed, it is clear that Amber spoke to me as an aggressor, and not as she has described herself, someone who feared for her life. I do not believe that I have an overbearing, manipulative, or controlling personality… I truly believe that most of the descriptions that Amber provides are in fact reflections of her own behavior.

Is this enough for Johnny Depp to win in his pursuits?

According to one lawyer, Heard was caught in a lie when she claimed Depp assaulted her back in 2016 — but records prove he was out of the country.

It turns out, Amber Heard actually was damaged in June 2016, with finger-shaped marks on her throat, bandaged arm, and a bruised left eye. The one person we know did not do it is Johnny Depp, who had been on tour and out of the country for [two] weeks.

Of course, this particular “expert” is Depp’s attorney, Andrew Waldman. Not exactly the most impartial source.

Impartial Experts Aren’t as Sanguine About His Quest

While Johnny Depp’s legal team sounds confident he can file this suit in the “W” column, outside experts aren’t as sanguine. 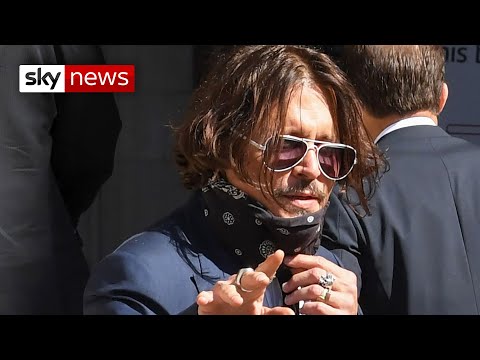 According to barrister Emily Cox, who specializes in defamation cases like Depp’s, the actor has an uphill battle ahead of him.

This is a critical case for Depp as his entire career is at risk, as well as his personal reputation and standing among his adoring fans across the globe. The stakes for Depp are high: Hollywood has ignored and sanctioned some despicable behavior by celebrities in the past, but a new wind is blowing through Tinseltown as well as society as a whole. It is likely to be crucial for Depp that he clears his name.

In other words, Johnny Depp is in a “winner-take-all” situation. Cox says it could be a fight that makes or breaks his career.

As crazy as it’s gotten in the past for him – and it sounds like his marriage to Amber Heard was insane – it’s high-stakes now. He can’t afford not to win.