The current housing market has economists scrambling, but not for the reason you might think. Here’s the lo-down.
PHNjcmlwdCBhc3luYyBzcmM9Imh0dHBzOi8vcGFnZWFkMi5nb29nbGVzeW5kaWNhdGlvbi5jb20vcGFnZWFkL2pzL2Fkc2J5Z29vZ2xlLmpzIj48L3NjcmlwdD4KPCEtLSBUb3AgQXJ0aWNsZSBDQ04gLS0+CjxpbnMgY2xhc3M9ImFkc2J5Z29vZ2xlIgogICAgIHN0eWxlPSJkaXNwbGF5OmJsb2NrIgogICAgIGRhdGEtYWQtY2xpZW50PSJjYS1wdWItNjQ3MjA2OTY5MzY1NzE0MyIKICAgICBkYXRhLWFkLXNsb3Q9IjU4NDY0ODIyMjMiCiAgICAgZGF0YS1hZC1mb3JtYXQ9ImF1dG8iCiAgICAgZGF0YS1mdWxsLXdpZHRoLXJlc3BvbnNpdmU9InRydWUiPjwvaW5zPgo8c2NyaXB0PgogICAgIChhZHNieWdvb2dsZSA9IHdpbmRvdy5hZHNieWdvb2dsZSB8fCBbXSkucHVzaCh7fSk7Cjwvc2NyaXB0Pg==

We are living in a recession like none of us have witnessed in our lifetimes. When the market plummeted into bear territory in March, there was naturally widespread concern that the housing market would repeat the Great Recession’s terrifying lows when the S&P 500 experienced a loss of more than 50%.

However, instead of replicating the housing bubble of 2008, the current market is characterized by low housing inventory coupled with surging demand.

An Aug. 2019 report by Zillow affirmed that recessions generally have a minimal impact on the housing market as a whole, with the Great Recession being a notable exception. Incidentally, in July 2019, Zillow predicted that the next recession would occur in 2020.

While the coronavirus pandemic doesn’t appear to be slowing, hopeful signs that a vaccine could become available sooner rather than later may signal an end in sight.

The good news is, the coronavirus isn’t like to cause a housing bubble–not right now anyway.

While economists predicted a massive shutdown of the housing market in March, it would seem that the exact opposite has happened.

In July, burgeoning demand augmented housing prices by 8.5% on a year-over-year basis, even though inventory dropped by nearly 33%. The average price to purchase a home in the U.S. rose to $349,000 last month, even though there were 440,000 fewer listings available than in July 2019.

Video: Buying and Selling in the Coronavirus Housing Market 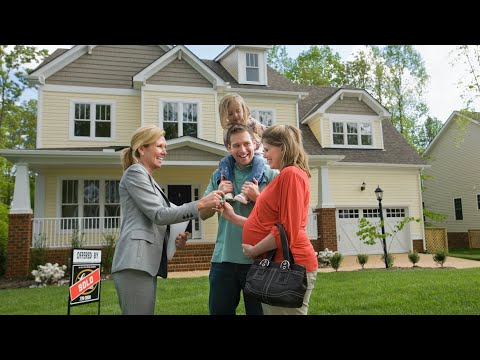 Interestingly enough, the median listing period for homes hasn’t changed much on a year-over-year basis. According to Realtor.com, in July 2020, homes remained on the market an average of two months before selling.

The market’s performance has been admittedly shocking, amazing, considering that typically when you have surging unemployment, housing activity tends to fall.

Shocking is an understatement when you consider that the national unemployment rate was 10.2% in July, mere months after peaking at 14.7%. By contrast, in January, unemployment was at an all-time low of 3.5%.

City Dwellers Are Relocating to the Suburbs En Masse

One of the factors that could be helping to prop up the current housing market is the mass exodus of city dwellers happy to trade urban life for a quieter (and safer) suburban respite.

In a recent study of 2,050 individuals by The Harris Poll, 39% of respondents living in urban areas said that the pandemic had caused them to think about moving out to the suburbs. 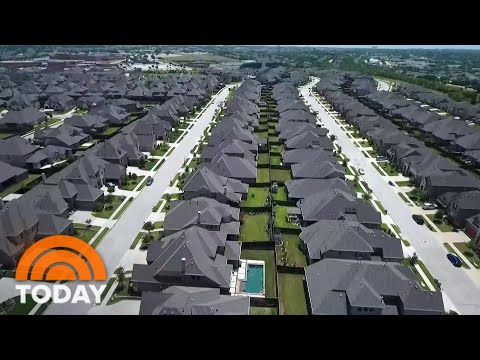 Another study by the Pew Research Center found that approximately one-fifth of adults have moved because of COVID-19 or know someone who has moved for that reason. The same study found that about one in ten individuals in the 18 to 29 age group moved because of the pandemic.

Long-term mortgage rates are also at astronomical lows, with the median for 30-year fixed-rate mortgages having dropped to 3.07% in July.

Is Recovery on the Way?

Low mortgage rates, population growth, and an increase in buyer interest are further driving the demand for available housing…Home prices rose during the pandemic and could rise even further due to heavy buyer competition and a significant shortage of supply. In July, the national median home price gain marked 101 straight months of year-over-year gains.

In June, individuals purchasing a home for the first time accounted for 35% of all sales, according to Norada. Realtor.com’s Housing Market Recovery Index shows that the housing market hit a value of 105.6 in the week of Aug. 8.

In short, the market has recovered to the position it held in January before the pandemic began, signaling hope for recovery despite the pandemic.

This could also very well lay the groundwork for ongoing gains as the coronavirus vaccine race narrows, which will be vital to the economy’s long-term outlook.

Rachel Warren
Rachel is a journalist based between Italy and the U.S. who covers business and political news for CCN. She is also a seasoned finance writer, focused primarily on equities in the healthcare and tech spaces. Her work has been featured in The Motley Fool, Yahoo, Nasdaq, and more. Contact her via email at warrenrachel94@yahoo.com, see her LinkedIn profile here, or check her out on Muck Rack.
Subscribe
0 Comments
Inline Feedbacks
View all comments
← PreviousHedge Funds Build Bearish Bets as Stock Market Rally Slows
Next →Goldman Sachs’ S&P 500 Price Target Is Rosy, but Don’t Take the Bait

U.S. Stock Market Is Starting to Price in Dire State of the Economy
September 27, 2020 1 Comment
PHNjcmlwdCBhc3luYyBzcmM9Imh0dHBzOi8vcGFnZWFkMi5nb29nbGVzeW5kaWNhdGlvbi5jb20vcGFnZWFkL2pzL2Fkc2J5Z29vZ2xlLmpzIj48L3NjcmlwdD4KPCEtLSBSZWNvbW1lbmRlZCBwb3N0cyBBZCBDQ04gLS0+CjxpbnMgY2xhc3M9ImFkc2J5Z29vZ2xlIgogICAgIHN0eWxlPSJkaXNwbGF5OmJsb2NrIgogICAgIGRhdGEtYWQtY2xpZW50PSJjYS1wdWItNjQ3MjA2OTY5MzY1NzE0MyIKICAgICBkYXRhLWFkLXNsb3Q9IjI3MzY1ODYyMzUiCiAgICAgZGF0YS1hZC1mb3JtYXQ9ImF1dG8iCiAgICAgZGF0YS1mdWxsLXdpZHRoLXJlc3BvbnNpdmU9InRydWUiPjwvaW5zPgo8c2NyaXB0PgogICAgIChhZHNieWdvb2dsZSA9IHdpbmRvdy5hZHNieWdvb2dsZSB8fCBbXSkucHVzaCh7fSk7Cjwvc2NyaXB0Pg==