It seems that Tesla just can’t catch a break. Following charges from the Security and Exchange Commission (SEC) that could force Elon Musk to temporarily step down as CEO, the company’s vehicles are allegedly having more than a little trouble staying clean.

A Glitch in the Tesla System

A design flaw may be causing debris to become trapped in the vehicles’ underbody panels. Auto shop owner Eric Bolduc has commented that he’s found dirt, water, and sand in the back of every Tesla Model 3 he’s worked on, removing as much as 35 pounds of debris from each vehicle.

While it’s not necessarily unusual for dirt and water to become trapped in an automobile’s underbody, drainage is usually strong enough to remove items quickly. Tesla, it seems, is lacking in this department. 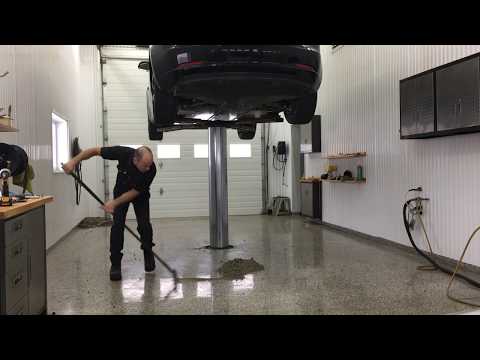 Bolduc’s auto shop is located in Canada, a country that suffers from extreme winters and very cold temperatures. Prone to heavy rain and snow, the nation’s streets are often de-iced using sand, which explains why it’s been discovered in every Tesla he’s examined thus far.

The problem may be linked to the rear bumpers. The panels lacking the drainage are attached directly to these sections, and many have seemingly fallen off since last August. Seven months ago, Model 3 owner Rithesh Nair stated on Twitter that within 30 minutes of purchasing his new vehicle, the rear bumper cover had detached itself. It wasn’t long before several other Tesla owners responded to Nair’s messages with photos of their own, showing they’d been through a similar ordeal.

A spokesperson for Tesla responded:

“We’re setting an extremely high bar for Model 3, and what happened in this situation is not how we build our cars. We’re investigating the issue to understand what caused it, and we are contacting our customers to resolve this and ensure they are satisfied.”

Legal and Production Problems at Hand

This news comes after a court order was issued by the SEC to Elon Musk, the company’s billionaire CEO. The regulatory agency alleges that the mogul’s latest tweets regarding Tesla’s 2019 vehicle production rates violated the terms of his settlement with the agency back in September 2018. Faced with both temporary suspension and financial penalties, Musk now has three days to respond to a judge’s order asking why he shouldn’t be held in contempt.

“Tesla turmoil” also seems to be striking from other directions. Two months ago, Musk announced that the company was laying off several staff members working on the S and X models in what was the company’s second round of layoffs since June 2018. Musk further stated that Tesla was suffering from low profitability in the first quarter of 2019, which led to a 20 percent dip in the company’s stock price.

Just this week, Tesla laid off another 8% of its workforce, according to Business Insider.

Additional problems have also been pointed out when it comes to Tesla models’ overall production quality. John McElroy of Autoline – a consulting firm that examines and “picks apart” various automobiles – cites the Model 3’s door handles as being too difficult to open. He also points out loose glass panels and trunk gaps big enough to fit one’s “thumb in.”

“I don’t understand how it got to this. There are flaws that we would see on a Kia in the 90s or something… I can’t imagine how they released this. It’s just a surprise. A really big surprise for me.”

Consumers are potentially witnessing disorganization from all sides. It’s unclear what this means for the company’s future, though at press time, shares are up by roughly 2.73 percent following a five percent drop that occurred during Thursday’s after-hours trading.