Nicolas Cage has been earmarked to play Joe Exotic in a new Tiger King series. Here is why he’s absolutely perfect for the role.

When I learned that Nicolas Cage is set to make his TV acting debut playing ‘Tiger King’ Joe Exotic, I didn’t even flinch.

Sure, the Tiger king himself hilariously earmarked Brad Pitt for the role, while David Spade and Rob Lowe were seemingly in the running.

Hold up, Nicolas Cage is perfect to play Joe Exotic

While many fans of the Tiger King show scratch their heads at the idea of the worst method actor in Hollywood playing Joe Exotic, it actually makes sense.

For as crazy as Joe Exotic is, if he was a free man and able to cash in on his fame, he’d probably be Nicolas Cage.

Over the years, Cage has managed to blow his $150 million fortune on absolute nonsense.

From buying haunted mansions and a private island to shrunken pygmy heads and a dinosaur skull, Nicolas Cage rewrote the book on earning millions of dollars and promptly losing it all.

Would the real Joe Exotic be any different if he were a free man today and able to cash in on his newfound fame? I don’t see many investment portfolios in his future! 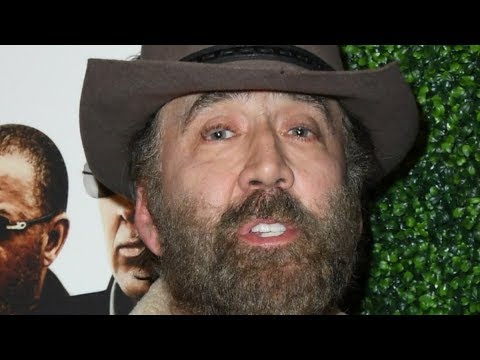 Tiger King fans will get more bang for their buck

Look at it this way. If the decision-makers had gone with someone like Rob Lowe to play our favorite gun-toting gay redneck, we’d have to make do with an actor trying to be Joe Exotic.

Why would we want that? We’ve all seen the Tiger King, we’ve already seen the best guy for the job play Joe Exotic!

Rob Lowe pretending to be Joe Exotic would have been a terrible letdown.

Con Air? A movie detailing what would happen if Nicolas Cage ever erroneously killed a drunken man, was sentenced to ten years in jail, and was sent to a supermax prison in a plane full of hardened criminals.

Face/Off? An insight into how life would play out for Nicolas Cage if he ever became a freelance terrorist and homicidal sociopath and was subjected to a face transplant.

The point is, Cage plays most of his roles in the same way. He injects the awesomeness that is Nicolas Cage into all of them. He doesn’t do characters.

For many younger fans, Nicolas Cage is an actor who’s movies fly straight to DVD. How many were old enough to enjoy the Con-Air experience? That was well over 20 years ago now, which is insane.

This Tiger King television show won’t give us a semi-recognizable actor trying to play Joe Exotic better than Joe Exotic himself did in the Netflix series.

That would end in disappointment. No one can play Joe Exotic better than Joe Exotic.

What we’re going to get is a world where Nicolas Cage is a gay, gun-toting redneck who runs for president and owns a bunch of tigers.

A whole new generation will have their eyes opened to the greatness of Nicolas Cage.

Now that is a television experience I can get behind.

If Netflix’s CEO Has Zero Meghan Markle Concerns, Neither Should You