SoftBank has a lot of faith in a startup called Nuro that wants to use autonomous vehicles to disrupt the grocery delivery space. Nuro just banked almost $1 billion from the multinational holding conglomerate to make that happen. 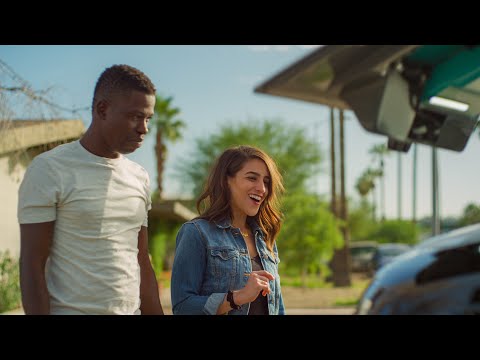 According to Reuters, SoftBank’s funding came through its $100 billion Vision Fund, which usually picks up big stakes in fast-growing technology companies.

The Nuro is a head turner. It’s about half as wide as a compact sedan and shorter than most compact cars, notes the Wall Street Journal. It doesn’t have windows, and there are no seats.

Inside are compartments for groceries, and it’s controlled by Nuro’s software — not a human driver. The vehicle navigates the roads using the company’s software along with sensors and lasers. Shoppers call up orders through the firm’s smartphone app, and a robot delivers them.

When the Nuro vehicle arrives, shoppers verify their identities by using a password to retrieve their items.

From Google To Nuro

Nuro is the brainchild of Dave Ferguson and Jiajun Zhu. Their idea for Nuro came to fruition in 2016. Earlier this year, Ferguson bragged about the startup on Reddit.

He said he’d been working in robotics for two decades. He stated:

“[F]rom a Dalek-inspired trash can in undergrad, to the self-driving project at Google, and now with Nuro, a company I co-founded with Jiajun Zhu. We are on a mission to accelerate the benefits of robotics for everyday life — starting with how you get your groceries, in Arizona. AMA.”

Ferguson and Zhu have grown the company to have about 200 employees and 100 contract workers.

Nuro is working on a pilot program with Kroger to move goods between shoppers and a few of the grocery giant’s 2,800 stores in 35 states. The SoftBank investment will help its efforts to redefine the grocery customer experience through the use of fully autonomous vehicles. 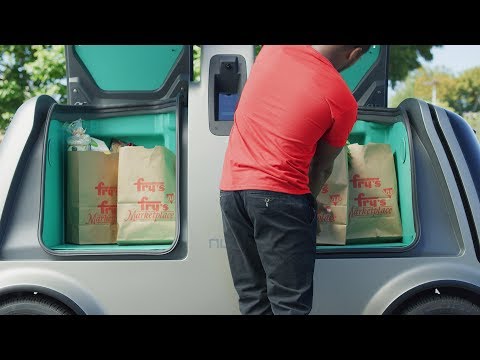 In a statement about the partnership, Ferguson said:

“Unmanned delivery will be a game-changer for local commerce.”

Already carving out shares of the grocery delivery space are Amazon, Walmart, Kroger, and Publix.  Amazon delivers its own groceries through its Amazon Fresh offering.

Amazon grocery competitors Walmart, Kroger, and Publix, on the other hand, are using delivery services, such as Instacart.

In the fall, Yahoo Finance reported that Walmart seemed to be succeeding with its delivery strategy, with 42% of shoppers indicating their last click-and-collect order was from Walmart. The publication cited findings from Packaged Facts.

Kroger and Walgreens are partnering to expand their one-stop shopping options, too. Some grocers are even trying to increase their market share through the use of blockchain.

Featured Image from Andrew Brown / The Kroger Co. via AP