Kate Middleton seems to think the rules shouldn’t apply to her.

In her first face-to-face royal appearance since the pandemic began, the Duchess of Cambridge whined that she “missed her family.”

She, of course, blamed the pandemic for not allowing her to visit her family at will.

I’m sorry, but does the Duchess of Fragility think the rules don’t apply to her?

‘They Live Too Far’ for Kate Middleton to Visit

Never has a woman with so many resources at her disposal been so incapable of taking care of herself.

Kate Middleton could get every plane, train, and automobile on the British Isles at her disposal if she wanted to travel three hours away from her home. 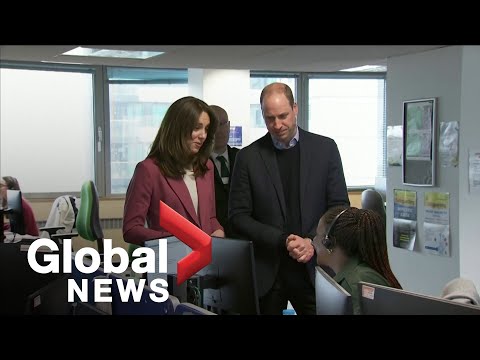 She could also, simply put, use Skype or FaceTime.

Instead, she claims her family lives “too far away,” and she can’t have a socially distant meeting with them.

I’ve yet to see my family as they’re about three hours away in Berkshire, so I haven’t seen them and I miss them. I’ve been food shopping but I have to say I haven’t been out a huge amount more but it’s good and so important, now as things start to ease, people know they can go out and particularly to places like this.

Naturally, the British Press Is Falling Over Itself Trying To Defend Her

As has been the case with the Duchess of Fragility since she married Prince William, the Fleet Street press is gushing that Kate Middleton is “suffering.”

While she has every right to miss her family — we all do — the fact is, the pandemic is affecting all of us.

And given her status in the royal family, she should be the one setting an example for the public.

But this isn’t the first time that Kate Middleton behaved as though she thought the rules didn’t apply to her.

Yes, she’s the future Queen Consort. But when it comes to a worldwide pandemic, “The Firm” can’t protect her. And she doesn’t get special treatment.