China appears to have flattened the curve and contained the worst of the coronavirus. But the country’s hopeful numbers are about to spike again.

From Wednesday, China will start including asymptomatic carriers in the official numbers. The country’s current toll of 82,240 doesn’t include so-called ‘silent carriers’. These are confirmed cases who show no symptoms, typically identified by tracking close contacts of more severe patients. 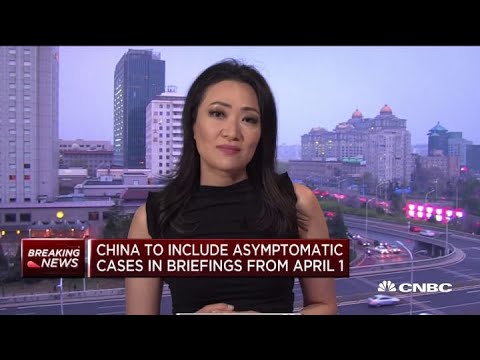 The central government has asked officials to be more aggressive with tracing and recording asymptomatic cases in a bid to ease public concerns.

While China’s case count stands at 82,240, the real number is at least 120,000 according to classified documents. The papers, obtained by the South China Morning Post revealed an additional 43,000 asymptomatic coronavirus cases at the end of February.

The coronavirus has an incubation period of up to three weeks, during which carriers show no symptoms. Research confirms that human-to-human transmission is possible during this incubation period.

As many as 60% of coronavirus cases in Wuhan – the epicentre of the outbreak – showed only mild symptoms or no symptoms at all. These cases were not previously included in the data.

The authorities have begun to lower restrictions in some parts of China, allowing travel and free movement. But many in the country are still nervous about venturing outside. Residents of Chinese city Yueyang questioned the official guidance after five new cases were identified in the city, but weren’t included in the data.

The cases in question were asymptomatic and so not included in the official toll. Officials have agreed to publish all known cases in order to calm fears.

China has been accused of covering up the true extent of the coronavirus outbreak. Some reports suggest China has under-reported the number of cases by 520% in some regions.

With the addition of asymptomatic cases, China’s figures would leapfrog Italy, putting it second behind the U.S. Although, it’s worth pointing out the U.S. isn’t recording asymptomatic cases either. Neither is Italy or the UK where only hospitalised cases are included in the tally.

China may also see a flood of new coronavirus cases if a second wave hits the country.