Despite a wider recovery in the US stock market, Tesla’s new year got off to a rocky start. The company’s stock plummeted, particularly after RBC Capital gave the electric vehicle maker’s shares a dreaded “sell” rating.

Striking at the core of the matter, RBC Capital analyst Joseph Spak said:

“It’s not that we don’t believe Tesla can grow over time, our model shows solid LT growth. But the current valuation already considers overly lofty expectations.”

The analyst also credited Tesla for providing investors clarity on its production plans, but he said this move puts pressure on growth expectations, which makes it difficult to “justify current levels, let alone to add to positions.”

Less than one month later, another wealth manager is forecasting a much rosier outlook for Elon Musk and company, and investors are listening.

As first reported by CNBC, Canaccord Genuity has upgraded Tesla from hold to buy, predicting a 40 percent rally for the stock in 2019 based on the growth potentials of the electric vehicle market they believe is currently “underappreciated.”

“We view the recent string of price cuts as further proof that the cost-cutting and right-sizing that the company has undertaken are resulting in concrete movement towards the ultimate goal of an affordable $35,000 Model 3.”

Tesla has been making smart choices on the road to making this goal a reality. It recently purchased California-based battery maker Maxwell Technologies, dumping longtime business partner Panasonic on the curb. It ended the customer referral program and slashed the price of its Model 3 by $1,100, which now costs $43,000 before credits and fuel savings.

Canaccord raised Tesla’s 12-month price target from $330 to $450, which represents a 42 percent gain from its present value of $316. Dorsheimer also spoke on Tesla’s bond payment and liquidity concerns, which he says wouldn’t be a problem for the company down the line.

“With the strong operating cash flow generation of $1.23B and cash on the balance sheet of $3.7B, the liquidity concerns and convertible note repayment are no longer valid concerns in our view.”

While Tesla is still the king of the EV jungle, Morgan Stanley analyst Adam Jonas believes things could change with the emergence of upstart competitor Rivian. 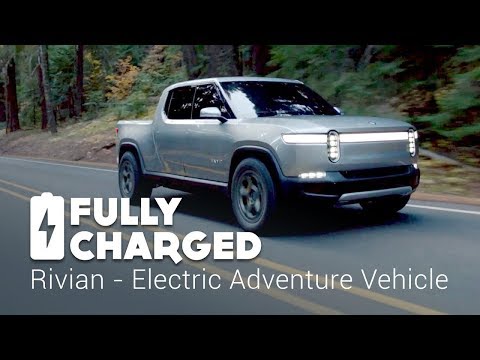 Jonas, who has a cult-like following on Wall Street for his knowledge of the EV industry, expects the Detroit-based Rivian to challenge Tesla in the pickup truck and SUVs segment of the market.

“We believe companies like Rivian will take elevated importance in investors’ minds as EVs become the focus of OEM investment and strategy.”

Rivian unveiled its R1T electric pickup truck prototype in November, which CEO R.C. Scaringe claimed would be able to hit 60 mph in 3 seconds. Tesla’s pickup could be unveiled this summer, according to Musk. 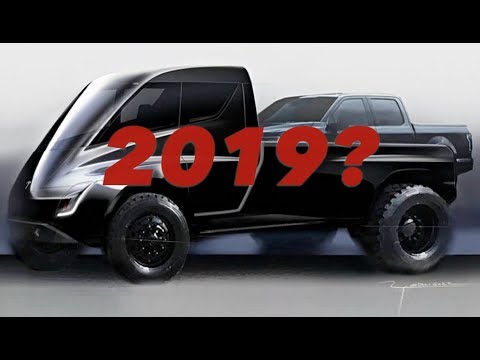 Elon Musk has spoken extensively on what Tesla’s first truck would look like and has also given insight into its speed, torque, and other features.

He even said it would be powerful enough for professional contractors and other industrial applications.

Pickup truck will have power outlets allowing use of heavy duty 240V, high power tools in field all day. No generator needed.

“Pickup truck will have power outlets allowing the use of heavy duty 240V, high power tools in the field all day. No generator needed,” Musk explained.