Almost one year after Boeing (NYSE:BA) grounded its ill-fated 737 MAX series of narrow-body planes, the consequences are continuing to be felt. On Tuesday, Boeing disclosed that jetliner deliveries fell to a 14-year low in 2019. This was a drop of about 53% from 2018.

New orders for commercial jets also fell to a 16-year low. Meanwhile, Airbus registered 863 deliveries, managing to beat its own record and even that of its American rival.

As a direct consequence of the 737 MAX crisis, the Dow Jones Industrial Average company let CEO Dennis Muilenburg go. Boeing’s credit rating was downgraded to A- by S&P Global Ratings late last year. Moody’s Investors Service is currently reviewing the aerospace and defense giant’s credit rating. This is coming at a time when Boeing is said to be considering raising debt to help it ride out the storm.

With this in mind, Boeing probably needs President Trump to get re-elected. There are at least three reasons why.

For fiscal 2018, about 31% of Boeing’s revenues were generated from the U.S. government, specifically the Department of Defense. Crucially, more than a fifth of DOD’s procurement budget actually goes to Boeing.

With the dramatic fall in commercial plane orders and deliveries, Boeing’s Defense, Space & Security Systems division will become an even bigger revenue generator. As Trump increased the military budget to a record high late last year, this division could generate a higher percentage of revenues going forward.

The division’s honeymoon could continue as long as Trump is at the helm. But a Democrat winning the White House would be a nightmare for Boeing. That’s because traditionally, military spending has been lower with Democratic presidents. With the defense budget ballooning to a record high under Trump, a Democrat in office could mean drastic cuts in military spending, a not-so-good prospect for Boeing. 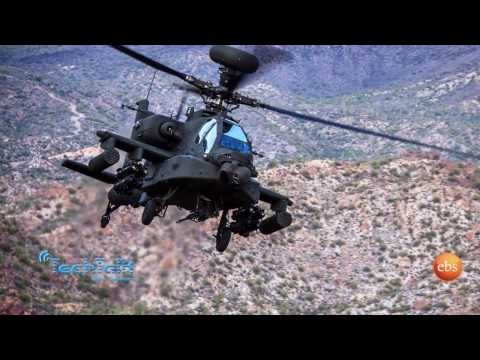 2. A Comprehensive U.S.-China Trade Deal Needs to Get Done

Traditionally, China has accounted for about 25% of Boeing’s deliveries. But the onset of the U.S.-China trade spat destroyed all that. According to The Wall Street Journal, Boeing has suffered from a “two-year drought from China customers” as a result of the trade spat. Though Chinese carriers take Boeing planes via leasing firms, they mainly order through a central government system. Trump has forced China to the negotiating table and can also pressure Beijing into boosting its purchase of Boeing products.

Last year in October, Trump promised that a preliminary deal with China would result in Boeing getting orders worth between $16 and $20 billion.

Without Trump in the White House, the aerospace and defense giant may lose a significant chunk of the business it had in China.

Boeing’s loss has been Airbus’ gain. Last year the World Trade Organization rejected the European Union’s claims that subsidies given to Airbus had ended. This justified President Trump’s initial round of tariffs on European goods including aircraft imports. The Trump administration has since threatened to increase the duties.

Knowing full well the consequences, the EU is likely to work towards leveling the playing field. But without a second term for President Trump, a Democrat in the White House would ensure that the EU’s unfair habits would return, to Boeing’s disadvantage.