Atari wants to tack its name onto a hotel chain. It should be obvious that this isn't going to go well. | Source: REUTERS / Phil McCarten

Atari isn’t just one of the oldest surviving gaming brands. They essentially created the industry when they invented the first successful home console.

The original company fell on hard times after accidentally triggering the video game crash of 1983, and the legendary brand (in all its iterations) struggled to maintain a profit over the next several decades.

That purgatory may finally be over. Atari just turned a gross profit of $10.4 million, and now they’re diving straight into – wait for it – the hotel business.

Atari Risks Its Reputation on a Hotel Chain

The new Atari hotel chain is going to feature VR/AR amusements, arcades, and e-sports venues. Atari won’t operate the business themselves, but their partners are so confident that they plan to open at least eight locations across the U.S.

It might seem like a bit of a strange decision for Atari, which only just recovered from a decades-long period of extreme volatility. Launching a real-estate venture right now seems risky, although they’re incurring none of the financial risks.

GSD Group and True North Studio are Atari’s partners. They’re forking over $600,000 for the license, and the gaming firm will also net a 5% cut of the revenue.

The only thing at stake for Atari is its reputation.

But that still doesn’t make it a good idea

Why the Atari Hotel Chain Is Doomed

It’s the sad truth that these sorts of ventures very rarely work out. If you look at almost every other attempt at this sort of deal, you’ll find a list of closed down franchises.

Disney had Disney Quest, a series of VR arcades that took theme-parks into big cities. That didn’t last long.

Nickelodeon had a more successful themed-hotel that lasted for a decade, but even that wasn’t exactly the most successful venture. 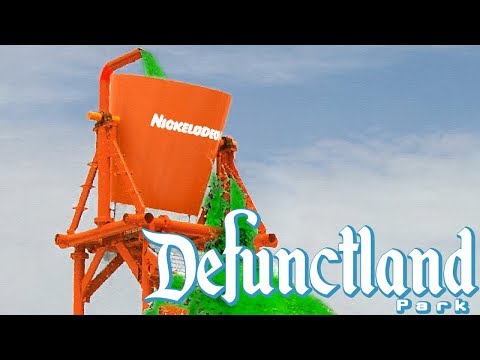 At first, it might seem like these theme-park locations are a fair bit different from what Atari is attempting. But “amusement park” is precisely the metaphor CEO Fred Chesnais uses to describe the project.

Chances are, this deal is just the first step on the road to Atari World. Personally, I’m looking forward to the “Getting Up”-themed ride.