By CCN.com: There’s only one thing better than a sensational mainstream media headline designed to lure in weak-minded Trump haters. That’s when the story is easily debunked as fake news with just a few minutes of research.

The ludicrous headline in question is splayed all over every mainstream media outlet, and is some version of that which appeared in the Washington Post:

“Trump would have been charged with obstruction were he not president, hundreds of former prosecutors assert.”

The WaPo reports that:

“More than 450 former federal prosecutors who worked in Republican and Democratic administrations have signed on to a statement asserting special counsel Robert S. Mueller III’s findings would have produced obstruction charges against President Trump — if not for the office he holds.”

A casual glance would be enough to convince any reader that Attorney General William Barr was skirting the truth when he said that Mueller’s evidence was not sufficient to warrant an obstruction charge.

After all, “hundreds of prosecutors” said so!

Every name I add to this list is another reminder that our democracy is a collective action, a group effort— we all need to be active members for it to work. Thank you to everyone who chooses to join us in the mission of protecting and preserving it. https://t.co/toG2UC6vVu

As usual, some digging reveals the truth behind this outrageous headline regarding “hundreds of prosecutors.”

Way far down in the article, readers find that these “hundreds of prosecutors” did not deliver independent reports or analyses of Mueller’s report. No, all they did was sign a statement – a statement provided by an organization known as Protect Democracy.

Protect Democracy describes itself as:

“A nonpartisan nonprofit with an urgent mission: to prevent our democracy from declining into a more authoritarian form of government.”

Who is the President and Executive Director of Protect Democracy?

None other than Ian Bassin, the Former White House Counsel to Barack Obama.

Who is the Legal Director for Protect Democracy?

Who are some of the advisers to Protect Democracy?

Other staff members of Protect Democracy include Aaron Baird, a former senior policy adviser to Democrat Congressman Adam Schiff; Jamila Benkato of the ACLU; Corey Dukes who served as a senior advisor to Democrat Senator Elizabeth Warren and state director of Hillary for America; Beau Wright, who served in multiple capacities under Barack Obama; and individuals who staffed at the Consumer Financial Protection Bureau in its early days.

What’s the point of something so transparently foolish and ham-handed? Democrats continue to engage in fake news, and every other tactic they can dream up, to de-legitimize President Donald Trump. 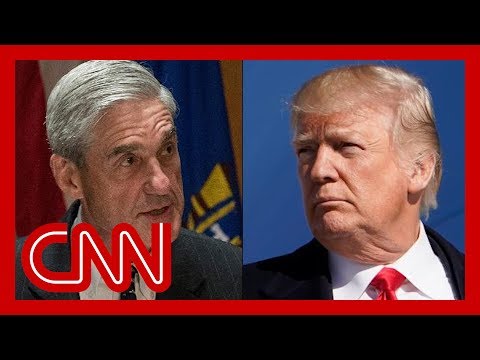 Anti-Trump Media Carries the Water for the Radical Left

The mainstream media are their willing accomplices. Nowhere in the Washington Post or any other publication are the names of Protect Democracy’s staff listed. All of them list similar versions of the same sensational headline and same cream-puff story.

Nor is there any discussion regarding exactly who any of these prosecutors are or what their agendas may be, although it seems pretty obvious.

This is not journalism. It’s partisan hackery. Yet the media knows that Democrats won’t bother to investigate beyond the headlines, nor would they care even if they did discover the truth. In fact, few Americans ever bother to dig into any story, regardless of the inanity of the headline.

Until Americans demand more from their journalists, they’ll be treated like dumb animals ready to believe whatever they are told.