The list of billionaires attacking Democratic presidential candidate Elizabeth Warren’s wealth tax plan is growing. Some have warned that her policies could have a drastic effect on the U.S. economy, including crashing Wall Street. Now the billionaire owner of NBA team Dallas Mavericks and Shark Tank star, Mark Cuban, has offered an explanation for Warren’s radical ideas: They’re designed to hide how rich she is.

Per Cuban, the Massachusetts senator proposed a wealth tax to “divert attention from her income and net worth.”

The billionaire went on to brand the senator who has campaigned on a platform of addressing the growing wealth inequalities in the United States “filthy rich.” According to Cuban, the only other Democratic presidential candidate wealthier than her is Tom Steyer.

Forbes says her networth is north of $12m . That’s being rich. Filthy rich. I’m sure it’s richer than she ever imagined she would be. Good for her. She earned it. It puts her millions above the threshold for being part of the richest 1 percent by networth in our country.

While the Dallas Mavericks owner has indicated he is open to paying higher tax rates, his criticisms of Elizabeth Warren are likely to be interpreted as self-preservation. Based on Warren’s Ultra-Millionaire Tax plan, Cuban could end up paying more than a hundred million dollars in the first year if the Massachusetts senator wins the presidency next year and her plan is implemented.

According to Bloomberg, Mark Cuban is currently worth approximately $4.25 billion. A 3% tax rate on his wealth would force Cuban to pay $127.5 million, assuming his net worth remains unchanged. That translates to hundreds of deals Cuban could have instead used to invest in startups and individuals pitching business ideas on Shark Tank. 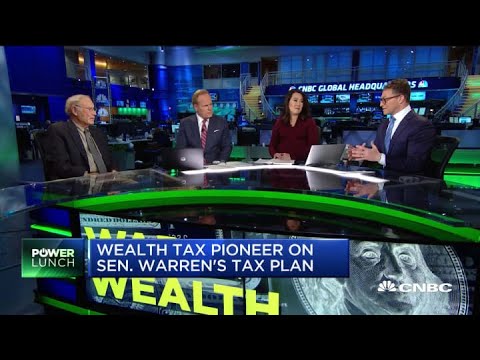 To Fund Business Ideas or to Pay Wealth Tax?

Per Sharkalytics, Cuban has invested nearly $20 million in 11 seasons of the show. With the average size of his Shark Tank deals worth $233,529, Cuban’s wealth tax in the first year is enough to support 545 ventures pitched to the show.

And with the average amount he has invested in one season of Shark Tank being $1.8 million, the amount Cuban could pay in wealth tax in the first year could instead last him for 70 seasons.

While Elizabeth Warren hasn’t responded to Cuban yet, unlike in the case of Bill Gates, Democratic presidential candidate Steyer has already voiced his support.

The ex-hedge funder worth around $1.6 billion expressed support for a wealth tax while chiding Cuban for trying to deflect attention.

Only one person here is “diverting attention from reality,” @mcuban — and the reality is that we need a wealth tax.https://t.co/JOLalnVh0h