The curtain may be coming down on the Bernie Sanders presidential campaign, leaving only Joe Biden and Elizabeth Warren as the only two remaining viable candidates. Politico is reporting that the Sanders campaign is running out of cash and steam.

The Democratic presidential polling thus far has shown these three individuals as the only likely nominees to take on Donald Trump next year. However, it appears that Bernie Sanders’ time has passed.

His big chance was in 2016 and he was cheated out of it. With the Democratic Party more “woke” than ever, the party will almost certainly nominate a woman over a man.

Joe Biden is Done, Too

While that theoretically leaves Joe Biden as a possibility, especially because he appears as the current front-runner, it doesn’t appear that he is going to survive the primary process.

Aside from all of his typical gaffes, there is a #metoo problem with his grabby hands, and there is increasing evidence regarding he and son Hunter’s shady relationship with Ukraine.

We already know that the DNC will pull out all the stops in order to see the candidate it wants elected. That’s why Sanders lost last time.

That would put Elizabeth Warren in the driver’s seat. It may seem difficult to believe, considering all the baggage that Warren carries with her, but what the DNC wants, the DNC gets. 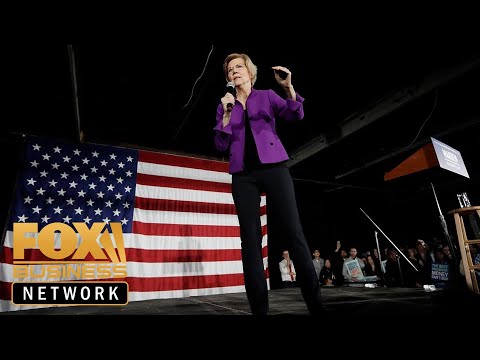 Mark Zuckerberg and Facebook are being assaulted from all sides. The FTC already slapped Facebook with a $5 billion fine regarding privacy issues, and the social media giant is under constant attack from conservatives who allege that the company repeatedly sensors right – wing content.

Leaked audio from a recent Facebook meeting demonstrates that Mark Zuckerberg is afraid that Elizabeth Warren will carry through on her promise to break up companies like Facebook.

Mark Zuckerberg’s comments specifically referenced Warren threatening to break up the company, and that Facebook would have to retaliate by suing the US government in order to prevent such a thing.

The DOJ would first have to decide to file an antitrust lawsuit recommending that the company be broken up before Facebook could answer that complaint.

At least, that’s how things usually would play out.

The Dangers of Elizabeth Warren

For her part, Warren seems absolutely intent on breaking up tech giants. That not only includes Facebook, but Google and Amazon.

The difference is that Warren released a plan earlier this year in which she would use regulatory fiat to break up the companies.

Companies with more than $25 billion in annual revenue would be required to structurally separate their products from their respective marketplace.

This is exactly what Americans can expect from Elizabeth Warren. She hates capitalism, she hates successful companies, and she believes that intense government regulation is not only necessary but required.

As the so-called architect of the Consumer Financial Protection Bureau, which wielded an iron hammer and unlimited power during the Obama administration, her track record is very clear.

Thus, the tech giants are now in a very bizarre and awkward position.

On the one hand they’re all being investigated by the current administration’s Department of Justice, but they probably will end up having to support Donald Trump to prevent Elizabeth Warren from attempting to unilaterally control their businesses.

The other irony is that enough independents and conservatives hate big tech that Warren might actually attract some voters who would otherwise oppose her far left radical agenda.

“Either way, investors need to be careful about investing in big tech at this point. There’s a lot to love about investing in the dominant players in a given industry. Yet with that dominance comes increased regulatory scrutiny, which can wreak havoc with the company’s ability to maximize earnings.” 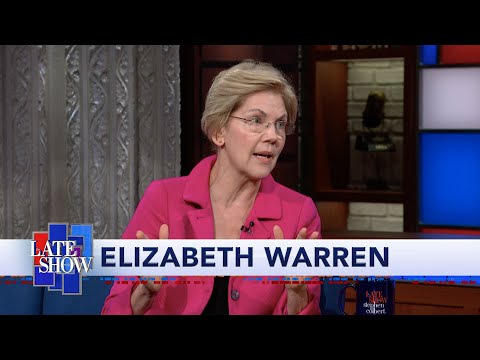