By CCN.com: The Dow Jones plummeted from 26,502 points to 26,160 points within minutes after the opening bell as investors expressed shock at the decision of U.S. President Donald Trump to raise tariffs to 25 percent on $200 billion worth of Chinese goods.

In the hours that followed, the Dow rebounded to 26,273 points, minimizing the day’s loss to about 0.87 percent.

The Dow futures market performance prior to the opening led strategists to forecast a 500 bloodbath at the opening. While it slipped by 450 points at the day’s lowest point, the U.S. stock market bellwether performed better than the expectations of many investors heading into the trading week.

When asked about the 450-point drop of the Dow, billionaire investor Warren Buffett told CNBC’s Squawk Box that selling stocks based on headlines is a pretty stupid portfolio management tactic.

Not phased by the movement of the stock market in the past several hours, Buffett said: 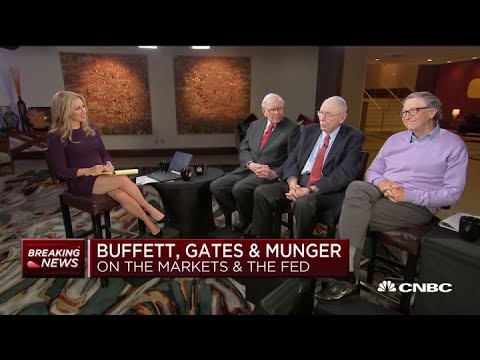 More importantly, if the strategy of U.S. President Donald Trump was to mount more pressure on China’s economy to push for a comprehensive trade deal in the near-term, it may have worked.

While the Dow fell by 0.87 percent on the day, the SSE Composite, a stock market index of all stocks that are traded at the Shanghai Stock Exchange, plummeted by 5.58 percent following the statement of President Trump.

Reports suggest that President Trump delivered an ultimatum after trade negotiations ground to a standstill due to the U.S. demand that China reform its industrial policies, particularly related to intellectual property.

“[It would require a] serious concerted effort [and] a president like President Trump, who is prepared to push back against China, whether that be on trade or their military build up or the theft of our intellectual property. We need a president who will be serious in protecting America against the challenges that China presents.”

Will the Stock Market Rebound?

The first quarter of 2019 has been productive for most major conglomerates in the technology and finance sector with companies in the likes of Microsoft and BlackRock having one of the best quarters in recent years.

Despite signs of noticeable improvement in the U.S. economy as shown by rising jobs growth, the Federal Reserve has resolved to remain patient on future interest rate hikes.

If the interest rate remains low, even with a stalemate between the U.S. and China, stocks could appeal to retail investors in the near-term.